Sin is a burden
Related Contents from Topics

Sin is a burden 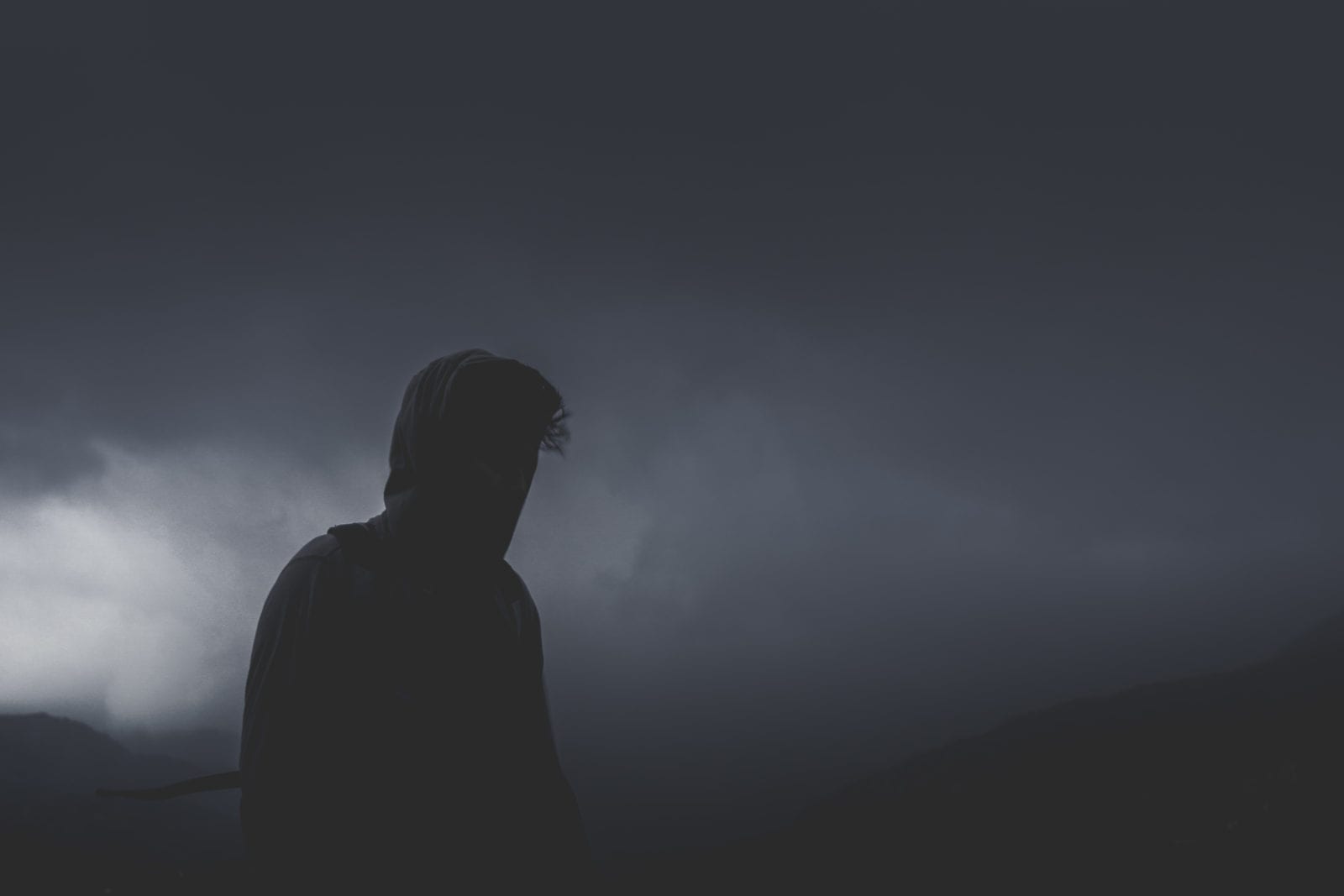 Sin is a burden. It is a burden that keeps the God-fearing humble. A disciple of saint asked him,

“What is life’s most difficult task?”

Without hesitation the saint replied:

“To have no burden to carry.”

Allah says in The Holy Quran

Summa radadnaho asfala safayleen (95:6)  : then if he works inequity We reject him as the lowest of the low

The Holy Prophet (sa) is reported to have said

“All human beings are sinners; the best of the sinners are those who repent.” (Ibn Majah)

“If you were not to commit sins, Allah would sweep you out of existence and would replace you by other people who would commit sins, and then would ask forgiveness from Allah.” (Muslim)

What this means is that we graduate from being recurrent sinners to becoming recovering sinners.

First it indicates it is Allah alone who is free of all weaknesses, defects and flaws.True Repentance invokes Allah’s attributes of Al Ghaffar and At Tawwab which mean He who pardons and forgives repeatedly and accepts repentance again and again. And He loves to pardon and forgive.

We’re not sinners because we sin. We sin because we’re sinners. It means we have succumbed to nafse amaara; self that incites to evil . Because of that man has a wounded nature inclined to evil.  We are trapped in a vicious cycle of sin and half-hearted repentance that our hearts are hardened and our souls are fractured.

Today’s threat is not nuclear fallout or mass destruction. The grimmer and more immediate threat is that we as men and women have been reduced to a sub-human state through limitless indulgence in our own vices—with ruinous consequences to society. Political correctness, social discourse have reduced us to a state of not resisting these tribulations and shrugging them off as what cannot be mended must be endured.

The Promised Messiah (as) says Allah is Qudus Holy and pure and He wants us to become holy and pure so we can get closer to him.

In the midst of our human fragility, brokenness and limitations we seek help. The way of getting rid of the sins and crimes that have been committed and being purified of spiritual impurities is true repentance. Allah says

When man truly repents a seed is sown in him to purify him. As the Prophet (sa) said,

A sign of true repentance is a broken heart.. The Holy Prophet (saw) was once asked,

“ ‘Inda al mun kasirati qulubuhum” (He is with those who hearts are broken).

Allah consoles us and says :

Whoso does evil or wrongs his soul, and then asks forgiveness of Allah, will find Allah Most Forgiving, Ever Merciful (Allah ho ghafooraraheema) (4:111).

The Promised Messiah (as) says :

“ This means that as stumbling and sinning are the characteristics of defective souls, which are manifested by them, there are corresponding to them the eternal attributes of God which are mercy and forgiveness and He is inherently Forgiving and Merciful. His forgiveness is not casual but is His eternal attribute which He loves and which He desires to exercise on deserving people. Whenever a person turns to God in remorse and repentance at the time of stumbling or sinning, he becomes deserving that God should turn to him with mercy and forgiveness. This is not limited to once or twice, but is the eternal attribute of God Almighty that He turns towards a remorseful and repentant servant whenever the latter turns to Him.”

The Promised Messiah (as) narrates a story as written in masnawi Rumi which highlights this. A man had a parrot that he kept in a cage. The man was going on a journey and was telling his parrot about it. The parrot says to him if you happen to go by that tree in the forest you will see and hear a lot of parrots. Tell them that I said that they are greatly blessed to be free and out and about. The man sets off. He passes by that tree and stops and delivers his message to the parrots. When he is finished a parrot falls to the ground and flutters for a while and is then lays still as if dead. The man was very sad and felt guilty about the whole incident. He comes home and tells his parrot the whole story. When he is finished the parrot in the cage falls to the bottom of the cage, flutters and lays still as if dead. The man was further grieved. He removes and parrot from the cage and throws it out. The parrot comes to life and perches itself on a wall and says to his master. Neither one of us is dead. I asked them how to free myself from the cage and the parrot showed me what to do. You must die to be free.This is a metaphor for freeing ourselves from the cage of nafse aamara. We must kill our egos, passions and desires and come into complete submission to Allah’s Will. It is only then that we inoculate ourselves from sin and other vices. Ma ShayTa Fa Inni Ghafarto Laka.  Allah says

This is a stage where man is only inclined to doing good deeds and worshipping and remembering  Allah.   It is heaven on earth. For such people there are two heavens. One here and one in the hereafter. As Allah says in Surah Rahman (55:47)

walay mun khafa maqama raabayhe jannatain: for him who fears to stand before his Lord there are two gardens of paradise

Syed Abdul Qadir Jilani says at this stage salat and good deeds are no longer a burden. They become and enjoyment and spiritual food and reward.

Hazrat Umar (ra) narrates that after a battle there was a woman among the slaves; she had lost her child. She hugged and embraced every child that she saw and suckled them due to her longing for her child. The Messenger of Allah (sa) said to the people around him,

“Do you think this woman can throw her child into fire?

“Allah is more merciful to His slave than this woman to her child.”

“I am astounded by the situation of a person who has the recipe of salvation but is destroyed. That recipe is repentance.”

Taubah comes after and is higher than istighfar in the spiritual development. As Allah says

Taboo wa asla hoo wa tasamoo billah hey waqlasoo deena humullah hey : Who repent and make amends and hold fast to Allah and are sincere in their obedience to Allah( 4:147)

The Promised Messiah (as) says

“ So no matter how hot water is heated, even if it is made blazing hot, even then when it is thrown upon the fire it will certainly extinguish the fire.  Just as water has this natural power to extinguish flames, man has been bestowed the nature of holiness, purity.  Allah has placed this natural purity inside of every human being.  Do not become anxious knowing that you are involved in sin.  Sin is like the dirt that exists on clothes but it can be removed.  No matter how prone or how inclined you are to being affected by the passions of the self, keep praying to God, weeping and crying, He will not let you go to waste.  He is Compassionate and Forgiving and Merciful.”

The Promised Messiah (as)  says

“Remember that no one can attain salvation through his deeds. Salvation is attained purely through God’s grace. The God in whom we believe is merciful and benevolent… Salvation is not something specific for the Hereafter. True salvation begins in this very life. It is the light that descends upon the soul and helps us tread the path of truth and wisdom so man is led to God…”

This message is well conveyed by a story the Sufis tell about an 11th century mystic whose prayers had once been interrupted by a familiar voice.

Thinking of the scene on the Day of Judgement, the holy daughter of the Promised Messiah (as) prayed : Hazrat Nawab Mubaraka Begum Sahiba (ra) prayed to God as follows:

O Allah, just cover me up in Your Mercy,

Please do not ask me for any accounting, let me proceed without any reckoning

Do not ask me any questions, O My All Hearing and All Seeing God

Do not ask me for any answers, O You to Whom no answer can be made

My sins cannot be greater than Your power to Forgive

I am fully devoted to Thee, please set all accounting aside and let me go

Please forgo all questioning on the Day of Judgement