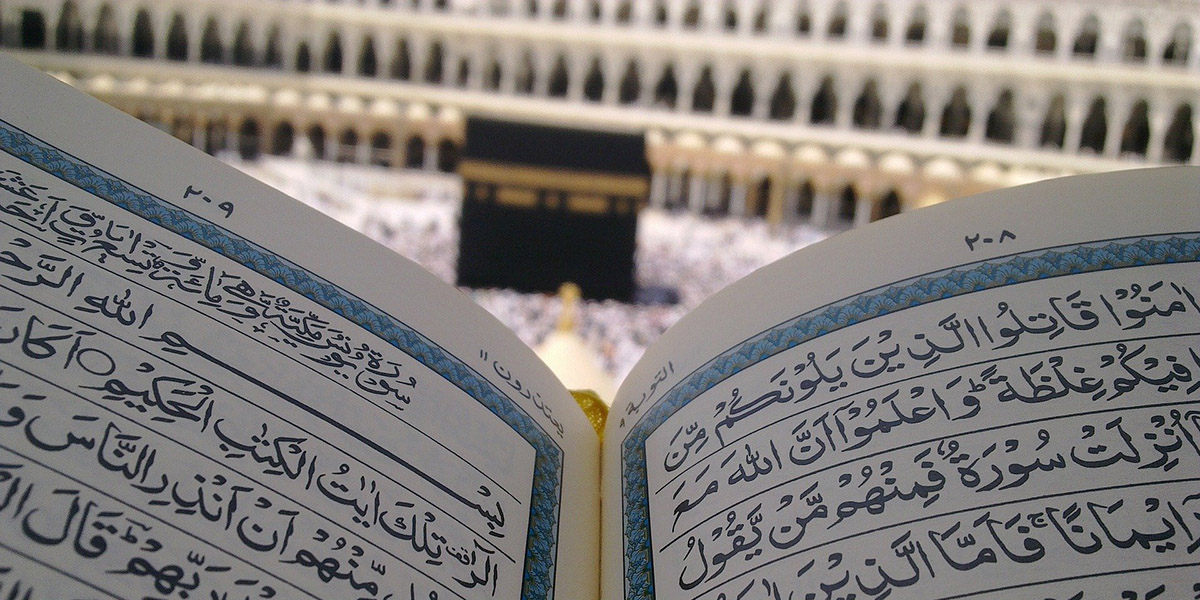 In Islam, as man sheds his ambivalence and reaches up to The One God (Allah) through prayers and righteous deeds, God reaches down to man demonstrating the unfathomable dimensions of His love, grace and mercy. We see this in its ultimate form in the relationship of Allah and The Prophet(sa) as described in The Holy Quran (53:9-11)

Then the Prophet drew near to Allah; then Allah leaned down towards him, so that it became as it were a case of one chord serving two bows or closer still. Then He revealed to His servant that which He had willed to reveal.

Allah says in The Holy Quran, And I have not created the Jinn and the men but that they may worship Me (51:57)

Providence and servitude at its apex of union results in the infusion of Ruhul Qudus (Spirit of Holiness). As humans many of us may lack cognitive associations and experiences to understand this phenomenon.  The Promised Messiah(as) says:

The Sufis say that a person who is able to experience this pleasure finds it more satisfying than all the pleasures in the world. In a person’s life if you were to experience it even once you would lose yourself in it . (Malfuzat Vol 1 English pages 158-159).

At this point, when a person’s soul is humbled to the state of complete effacement it begins to flow towards God in the form of a running spring and it becomes completely detached from all other relations beside Allah. At that time, the love of God Almighty descends upon such a person. At the time of this union a unique condition is born through two surges of fervor, the fervor of Providence surges forth from above and the fervor of man’s servitude surges forth from below. This phenomenon is known as Salat or Prayer. It is this very Prayer which incinerates evil, and leaves behind a divine light and brilliance in its stead… (Malfuzat Vol. 1 page 162 English)

In the Holy Quran Allah has described believers in similitude to women. There is deep and hidden meaning to it. Those who believe have been likened to Mary and Asiyah. That is to say Allah brings forth believers from amongst the idolaters. By likening the believers to women there is subtle mystery that has been revealed. (Malfuzat Vol 1 English pages 158-159).

Just as a mutual relation exists between man and woman. So too is the relationship of man’s servitude to Divine Providence. If a man and a woman have a mutual understanding with one another and both are attracted to another, then such couples are blessed and fruitful; otherwise domestic life is ruined and the actual purpose of this relationship goes unrealized … Therefore when the pure relationship between husband and wife is abandoned this gives rise to countless forms of evils and disorder. In the same way when a man abandons his spiritual relationship he is left plagued and forsaken… Just as a bond between a man and a woman is preserved by the pleasure derived from it similarly there is pleasure between man’s servitude and Divine Providence. (Malfuzat Vol 1 English pages 158-159).

In the Holy Quran (66:11-13) the stages of evolution of believers are mentioned. Starting from wives of Noah and Lot where even a companionship of a prophet does not change an evilly inclined person. The next stage is the wife of Pharaoh who is like ordinary believers who are inclined to get rid of evil but are in a rut or stuck with evil and or Pharaoh like people and cannot disassociate themselves.

Genesis (1:27) says “So God created man in His own image; in the image of God He created him; male and female He created them.” In the spiritual ascension of man towards God, man or mankind is one: all of us, men and women alike, are created equally in His image. It is in the bond between husband and wife and the sacred union of marriage that the stamp of God’s Unity and the meaning of His trinitarian essence come through most clearly.

Heterosexual marriage, then, is the locus par excellence of the image of God in man. This is why it is so important to maintain the distinction between male and female as originally designed and implemented by the Creator.

The Promised Messiah(as) in describing this spiritual journey towards God says:

The upward journey symbolizes the superior love, which is rooted in strong faith. God so wills that love at first sprouts in the heart of the worshipper and then attracts the love of the Almighty Himself. When the two loves meet – each functioning as the male and female counterpart – they give birth to a strong communion and intense affinity between the Creator and the created. The blazing flames of Divine love set afire the tinder dry firewood of human love, giving birth to third phenomenon called Ruhul Qudus (Spirit of Holiness)…. This indeed is the holy trinity which is the necessary accompaniment of love at this level and which the impure of heart have misconstrued polytheistically … (Elucidation of Objectives page 19-20)

It is this merging of our self with divinity that is the lesson and purpose of our spiritual path and all of our faith traditions. The Holy Quran says, Allah speaks to the angels and says, “When I have finished the formation of Adam from clay, and breathed into him of My Spirit, then fall in prostration to him.” The angels prostrate, not before the human body, but before the human soul. Why? Because the soul, the human soul, embodies a piece of the Divine Breath, a piece of Ruhul Qudus (15:30)

And, therefore, for us to be human, in the greatest sense of what it means to be human, we too have to be proper stewards of the Breath of Divinity (Ruhul Qudus) within us {Fanafaqna Fehey min ruheyna so We breathed into him of Our spirit (66:13) } and to seek to perfect within ourselves the attributes of chastity; patience, steadfastness and obedience and the attribute of being compassionate and loving beings.

Allah says Al Aqaybato lilmuttaqeen. The good end is for the God-fearing (7:129)