What Sam Harris Needs to Know About Islam 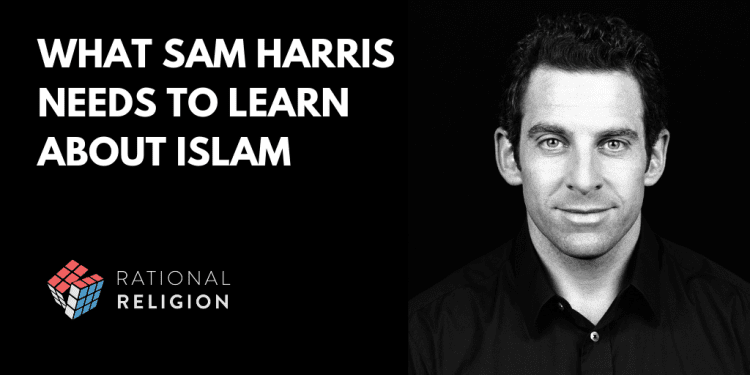 In this series of short articles, ‘Snapshot,’  we tackle common misconceptions about religion, in particular the Islamic faith, which commonly lead fair-minded individuals to turn away from the very concept of religion. We at Rational Religion argue that faith, practised in its true form, is both rational and in harmony with human nature.

What are the fundamentals of Islam, however? Perhaps shockingly for many new atheists, among the most fundamental teachings of Islam, upon which much of the rest of the faith is built, is that of kindness and altruism.

Islam’s teachings regarding altruism are truly peerless and very much timeless. A most beautiful teaching is expressed in a single verse of the Holy Qur’an:

‘Verily, Allah enjoins justice, and the doing of good to others; and giving like kindred; and forbids indecency, and manifest evil, and wrongful transgression. He admonishes you that you may take heed.’ (16:91)

As is apparent from the verse, ‘justice’, the ideal the modern world is striving for, is only the beginning – only the first stage.

Islam calls believers to go a step further, to the ‘doing of good to others’, without them having done anything in the first place – thus promoting goodwill and enhancing the social fabric of society. Though this is still an imperfect stage, as some aspiration for recompense still remains.

The true and ultimate goal of a Muslim and Muslim society is in fact the third stage mentioned in this verse: ‘giving like kindred’. This short phrase captures in itself a teaching and concept of great beauty – giving to and helping others seeking no recompense for one’s effort from them, as a mother cares for her child purely out of love, seeking no reward and asking for nothing in return.

In demonstration of this, God says in the Holy Qur’an:

In truth, where liberalism ends is where Islam begins. Equality, in the sense of others having what one has is but a basic starting point – in reality, the Qur’an urges Muslims to aim much higher, to engender true brotherhood in society as one is naturally inclined to care for one’s own blood brother.