Chief Editor & Manager of The Review of Religions 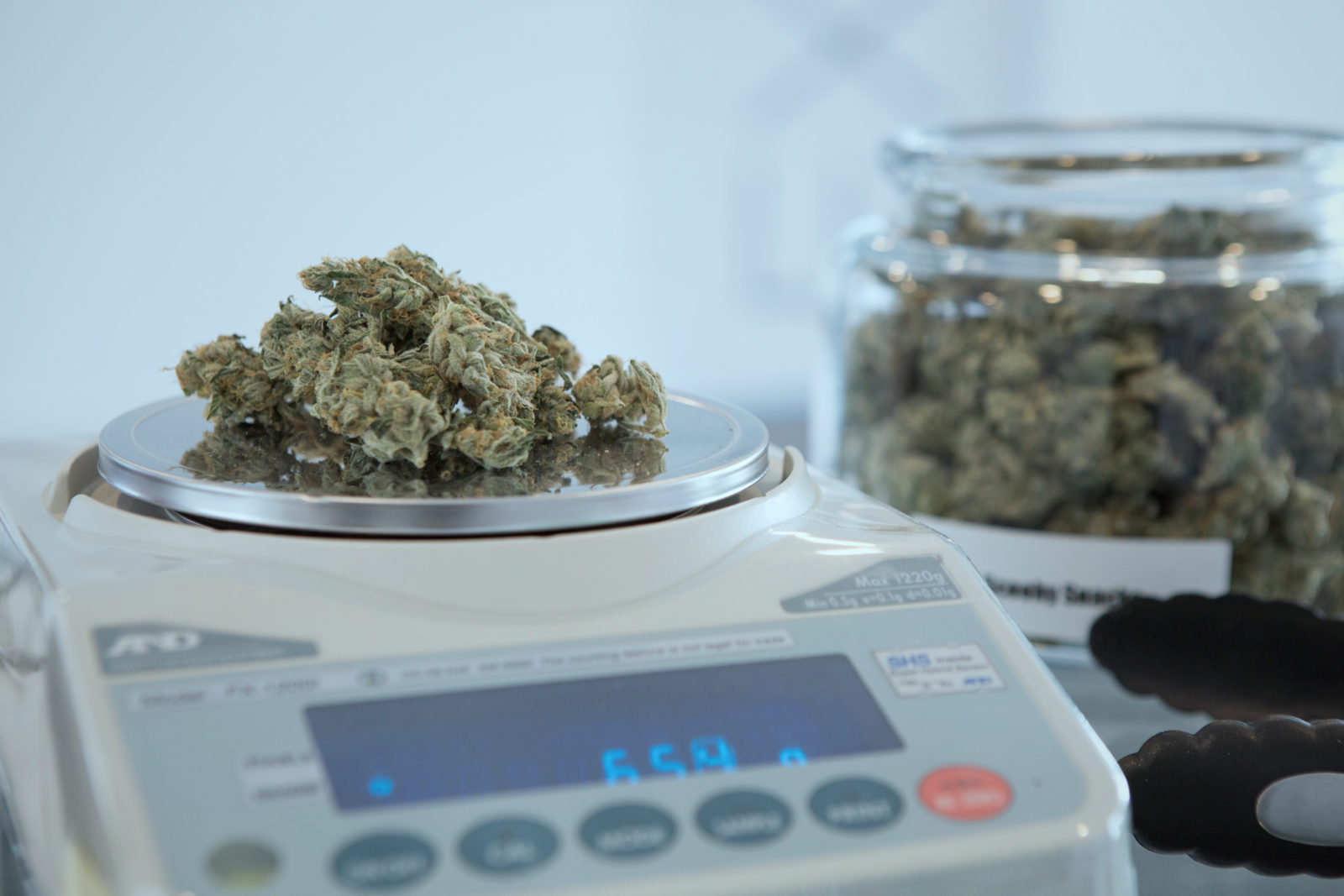 The Review of Religions asked His Holiness Hazrat Mirza Masroor Ahmad(aba), Worldwide Head of the Ahmadiyya Muslim Community, on the Islamic perspective on drugs such as cannabis and their effect on users across the world.

What does Islam say about the use of drugs such as cannabis, especially for recreational purposes, at a time when more and more countries are considering legalising these drugs for casual consumption?

Recently in the UK, a controversial case came to huge public attention involving the use of medicinal cannabis, which is a form of cannabis used in the treatment of certain health conditions. The mother of a 12-year-old child suffering from severe epilepsy reignited the debate about legalising the drug after saying it was the only drug that helped calm her son’s daily life-threatening seizures. This ignited a fierce debate about its consumption amid huge public sympathy for the young child.(1)

Cannabis also contains cannabidiol (CBD) which has been shown to help reduce seizures in children with severe epilepsies. In the aftermath of the child’s case, doctors in the UK will soon be able to prescribe medical cannabis after the Home Secretary, Sajid Javed, was advised about its therapeutic benefits by the Advisory Council on the Misuse of Drugs.(2) In the USA medicinal use of cannabis is already legal in 31 states.

While the medicinal benefits of cannabis are generally claimed to be positive, the drug is mostly used recreationally for the ‘highs’ it creates in the user, or for a sense of relaxation and happiness, rather than its benefits for health. The legalisation of the casual use of cannabis has been the subject of greater scrutiny in recent months.

In the USA, as of 2016, 118 million Americans have claimed to use marijuana at some point in their lifetime – that is one in three of all Americans. Recreational use is legal in 9 states and Washington, D.C.(3)

Uruguay was the first country to legalise the sale of cannabis for recreational use in December 2013. Recently, the Canadian parliament has passed a law legalising the recreational use of cannabis. Canadians will legally be able to buy and consume cannabis from September this year, only the second country worldwide to do so.

So what does Islam say about the use of drugs such as cannabis, at a time when more and more countries are contemplating the idea of legalisation of such drugs not only for medicinal use but also for casual consumption?

I asked His Holiness, Hazrat Mirza Masroor Ahmad(aba), Worldwide Head of the Ahmadiyya Muslim Community, what the Islamic perspective on consuming cannabis is. Readers of The Review of Religions will have benefitted from the various discourses on a range of topics expounded by His Holiness that we have published over the years. These answers resonate with deep wisdom and are always based on Islam’s true teachings. Here, His Holiness gave the following answer to my question on Islam’s perspective on drugs such as cannabis and other intoxicants. His Holiness replied:

‘Drugs are forbidden because they are harmful to people. In Islam anything harmful which takes one away from piety is forbidden. In the time of the Holy Prophet(sa) people previously used to drink alcohol but this prevented them from saying their prayers properly as they were intoxicated and hence it was forbidden. Some people say why cigarettes are not banned like other drugs [such as cannabis]. However, Hazrat Mirza Ghulam Ahmad(as), the Promised Messiah and Imam Mahdi, Founder of the Ahmadiyya Muslim Community, has said although cigarettes are not forbidden, if they had existed in the time of the Holy Prophet(sa) they would have been forbidden. Now we see with cigarettes people have realised its ill effects and so there are clear warning labels on cigarette packets. Cancer, lung diseases and similar harmful effects linked to smoking cigarettes are all known.

(In the context of legalising drugs) similarly with drugs such as cannabis and ganja etc. their harmful effects will all come to light (as right now some people advocate they are not harmful to health). Islam says that anything which is a little harmful is forbidden. However Islam also says where it can provide benefit in terms of specifically aiding in saving a human life, there permission has been given.’

Whilst clearly there are some medical benefits of cannabis, the evidence suggests that when higher amounts of cannabis are consumed, users may have unpleasant experiences, including confusion, hallucinations, anxiety and paranoia, depending on their mood and circumstances.

Some users may experience psychotic symptoms with hallucinations and delusions lasting a few hours, which can be very unpleasant. Regular use of the drug has appeared to double the risk of developing a psychotic episode or long-term schizophrenia.(4)

Long-term use has also been demonstrated to have a depressant effect and to reduce motivation. Some researchers also suggest that long-term use can lead to irreversible, but minor cognitive deficit.(5)

His Holiness explained the underlying philosophy regarding forbidding such drugs in Islam:

‘The main point is that whilst it is wrong, the purpose is to try and reform. There should not be enmity towards a person consuming it, rather the aim is to save them. The basic principle is something which you consider wrong for yourself, you should consider wrong for others. You should save others from that which you want to save yourself from.

In any case Islam’s commandment is clear that intoxicants and drugs are wrong. For example, the Holy Prophet(sa) said Allah has cursed wine, the one who drinks wine, the one who serves wine, the one who buys or sells wine and the one who distributes it. What does this mean? Whilst there may not be an ordained punishment in Islam for its use, there may be some administrative reprimand. The purpose behind that would be to help a person reform so they are saved from falling under this curse and Divine punishment.

Why would one want to fall under thiscurse? When I was living in Ghana a colonel who was a neighbour one day sent a bottle of alcohol to put in our fridge. I refused to do this. Upon this the colonel became enraged and came knocking forcefully on our door. The colonel said what harm was there in putting an unopened bottle in our fridge? I said that our Prophet(sa) stated that the one who drinks alcohol, the one who supplies alcohol to drink, the one who prepares alcohol, the one who stores alcohol and the one who sells it are all hell-bound. So I said to him decide for yourself, would I like to be among the inmates of the fire? Of course not. So we should save ourselves from that which the Holy Prophet(sa) said to save ourselves from.’

His Holiness then referred me to some verses of the Qur’an, Hadith and statements of Hazrat Mirza Ghulam Ahmad(as), the Promised Messiah, as points of guidance relating to the Islamic perspective on drugs.

In Chapter 2, Verse 220 of the Holy Qur’an, Allah the Almighty states:

‘They ask thee concerning wine and the game of hazard. Say: ‘In both there is great sin and also some advantages for men; but their sin is greater than their advantage.’ And they ask thee what they should spend. Say: ‘What you can spare.’ Thus does Allah make His commandments clear to you that you may reflect.’

The Qur’an clearly states that there is some good. However with drugs such as cannabis the harm outweighs its benefits. Muslims are warned about cognitive affects that such substances can have in impairing one’s thinking.

In Chapter 4, Verse 44 of the Holy Qur’an Allah the Almighty states:

‘O ye who believe! approach not Prayer when you are not in full possession of your senses, until you know what you say, nor when you are unclean, except when you are travelling along a way, until you have bathed. And if you are ill or you are on a journey while unclean, or if one of you comes from the privy or you have touched women and you find no water, then betake yourselves to pure dust and wipe therewith your faces and your hands. Surely, Allah is Most Indulgent, Most Forgiving.’

In a Hadith, narrated from ‘Abdullah bin ‘Umar(ra), the Messenger of Allah said:

‘Every intoxicant is unlawful and whatever causes intoxication in large amounts, a small amount of it is (also) unlawful.’

The Promised Messiah(as) elaborates on this further and reminds us that:

‘Unlike the Gospel, the Qur’an does not permit its followers to drink alcohol, so long as they are not intoxicated by it. Rather, it forbids its consumption completely. Otherwise, you would be lost from the path that leads to God and His converse, nor would God cleanse such a person of their impurities. The Qur’an says that such things are the invention of Satan and you should guard yourself against them.’(6)

Even if they do not cause harm in small quantities, the Promised Messiah(as) admonishes that the reason why intoxicants are forbidden is because recreational drug use affects not just the individual, but the society as a whole.

‘All those wealthy persons who consume alcohol also carry the sins of the people who intoxicate themselves under their influence. You who claim to possess understanding! Know that this world is not eternal, so take hold of yourselves. Eschew all immoderation and abstain from every type of intoxicant. It is not alcohol alone that ruins a person. Opium, ganja, charas, bhang, tarhi and all other addictions are similarly destructive. They ruin the mind and destroy lives. So, shun all such substances. I cannot understand why one would choose to indulge in these intoxicants when, year on year, they claim the lives of thousands of addicts – not to mention the torment of the hereafter.’(7)

‘When a person becomes addicted to drugs then it becomes difficult for him to stop. What are drugs? On one hand they destroy life and on the other hand they are too sustenance for life. If a drug addict does not get a dose of the drug then his condition can reach death.’(8)