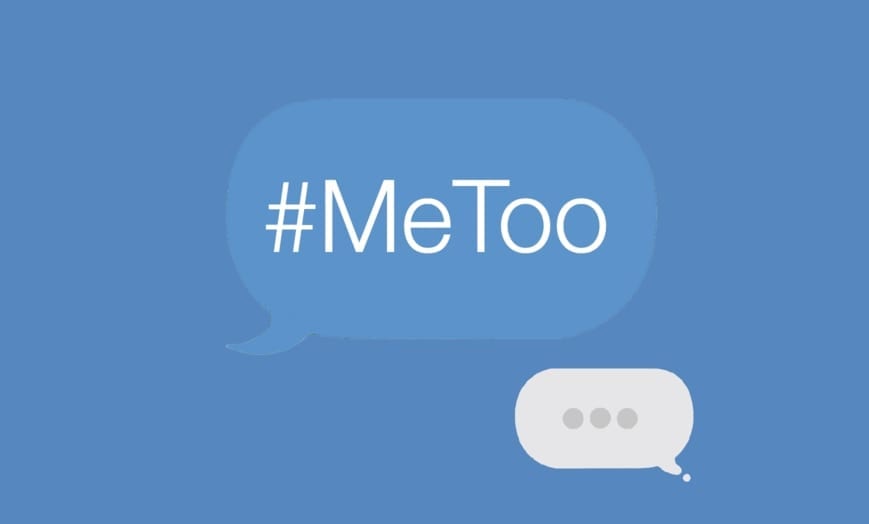 Across the globe, events of sexual abuse, rape and harassment are day-to-day occurrences, influencing millions of children and countless women and men, leaving devastating effects on their lives.

Be that as it may, regardless of the inescapability of these violations, laws are deficient and, in some cases, helpless. The rise in sexual harassment scandals coming to surface over the past decade has dismantled and degraded the very spirit and soul of societies all over the world.

#MeToo and #TimesUp movements reflect the ferociousness of similar exploitations at work, home, school and especially in the media industry.

Meanwhile, there is a great debate to find the causes which lead to these vicious crimes and moreover to define the actions as to where one should draw the line. For many, even a handshake or a hug could be considered inappropriate behaviour or an act of advancement.

On the other hand, the statements like that of US Congresswoman Marcy Kaptur are on the record where she described a woman’s dress so revealing that it was nothing but an open invitation. She clarified (or had to clarify) on a later occasion that her intention was not to cast blame on the victims of sexual harassment.

Even though Western societies are boastfully presented as strongholds of women equality and the Eastern world is portrayed as the oppressor of women’s rights and of freedom of expression,  recent scandals of mistreatment of women in show business and parliaments seem to suggest otherwise.

The segregation of men and women in Islam is taken as a threat to the freedom of both genders, although it is opposite to the general perception. The Islamic idea of gender segregation is based on a model of virtue, compulsory on both men and women that enables both to keep up limits of respect, modesty and dignity between each other.

The worldwide head of the Ahmadiyya Muslim Jamaat, Hazrat Mirza Masroor Ahmad, Khalifatul Masih V(aa )highlighted in an address how authorities in Berlin were forced to erect a separate “safe zone” for women at a New Year’s Day celebrations, whilst “women-only” concerts had been proposed in another European state.

Shedding light on the circumstances leading to the recent scandal that triggered various movements of women’s rights, Huzoor(aa )said:

“Men have sought opportunities to take advantage of women and to mentally or physically abuse them, and in some cases, it escalated to what can only be termed as torture … The question is why were women abused across the world? The answer, whether they like it or not, is the free-mixing that took place which meant that the women were unable to safeguard themselves.”

In the rising world of allegation and accusation being carried out against the teachings of Islam, Huzoor(aa )said that Waqifaat-e-Nau should be “spearheading” the movement to portray the real true picture of Islam “without any fear or complex”.

“You should openly proclaim the fact that you take pride in your modest dress, in your Hijab and in keeping a distance from men. You should openly declare that these are the essential safeguards that Allah the Almighty has chosen in order to protect women, and so rather than being a restriction, Hijab is actually a supreme right and protection afforded to Muslim women.” (Concluding Address, UK National Waqifaat-e-Nau Ijtema, 24 January 2018)