Malaysian Man Gets 10 Years for ‘Blasphemy’ Against Islam 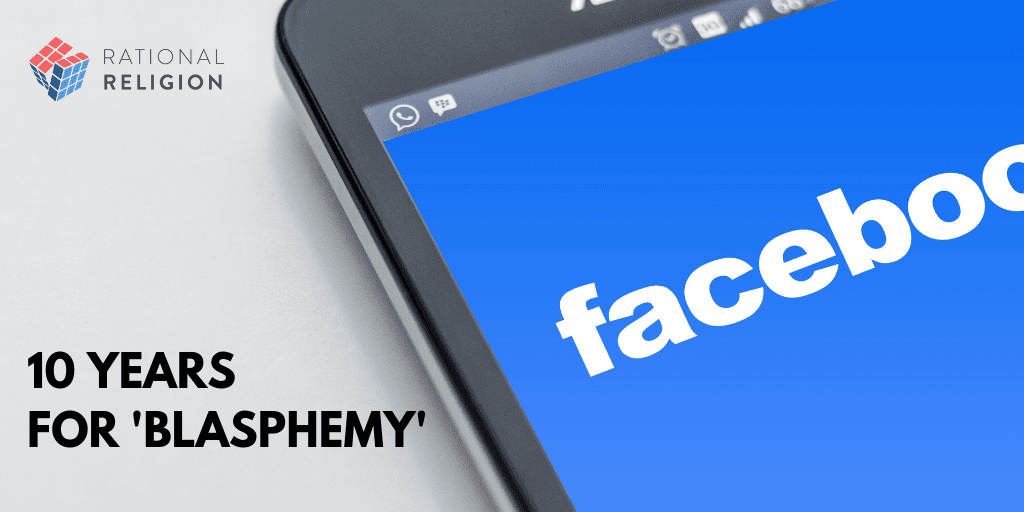 In today’s age, though many people feel an urge to seek a higher purpose in life, or to pray, or to be ‘spiritual,’ they are often put off by the barbaric acts of religious people. If religion is like this, they think, then I want to get as far away from it as possible. This is a reasonable attitude, which often stems simply from people’s conscience. However, it is vital to separate the acts of the ‘religious,’ from the actual teachings of the religion. A prime example of this is an incident which has occurred this week. For in rather bewildering news, a Malaysian court has sentenced a man to 10 years in prison for ‘insulting Islam and the Prophet Muhammad’ (peace and blessings of Allah be upon him) in messages he posted on Facebook. Filing the charges are the Royal Malaysia police, who, purportedly trying to defend Islam, are apparently attempting to do so via methods which themselves have no place in Islam whatsoever.

The self-entitled will of course ‘defend’ Islam according to their own notions of self-entitlement. However, they’d do well to consider what God commands Muslims to do in response to insult and provocation:

‘And when thou seest those who engage in vain discourse concerning Our Signs, then turn thou away from them until they engage in a discourse other than that.’ (Quran 6:69)

Far from depriving such people of their basic civil rights, Islam actually places the onus on the Muslim to move away. A response is of course merited, but it does not promote pathetic attempts to silence anyone, for this does practically nothing for the ‘defence’ of Islam. Instead, Islam teaches Muslims to respond via dialogue, debate and discussion:

‘Call unto the way of thy Lord with wisdom and goodly exhortation, and argue with them in a way that is best.’ (Quran 16:126)

Not only is imprisoning someone for a decade for online comments wrong and baseless as far as Islam is concerned, it’s also self-defeating. It will aggravate the animosity against Islam of this Facebook user, whereas dialogue may have actually caused him to change his mind or hold his tongue. Moreover, on a wider scale, it will also create the impression that Islam has no arguments with which it can defend itself.

And, quite clearly, judging from the attacks against Islam that have been launched afresh as a result of this latest news, one is left wondering how exactly the Royal Malaysia Police claim to have ‘defended’ Islam.

If one truly studies the scriptures, and looks past the acts of barbaric, power-crazed individuals who claim to follow the religion, then often one can be left pleasantly surprised.