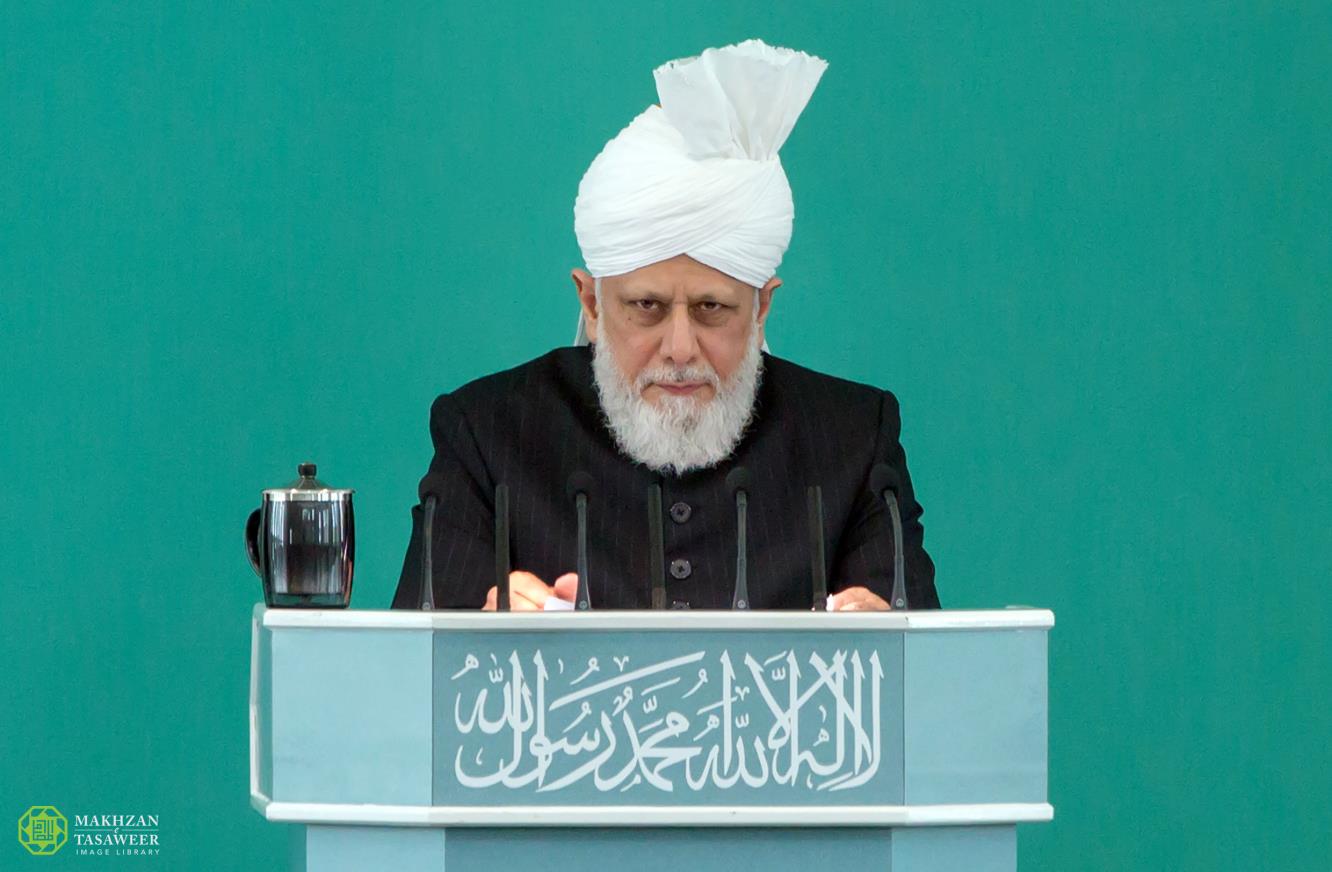 Concluding his weekly Friday Sermon from the Baitul Futuh Mosque in London, Hazrat Mirza Masroor Ahmad again expressed his grief and sorrow regarding the attack.

“Many innocent people, including children were martyred as a result of religious and ethnic hatred. May Allah the Almighty have mercy on them all and grant patience to the bereaved.”

Hazrat Mirza Masroor Ahmad proceeded to commend the immediate and compassionate response of New Zealand’s Government and said that Muslim governments ought to take heed and learn from New Zealand’s leadership.

“The most excellent and moral way New Zealand’s government, and particularly its Prime Minister, has responded to this attack has been exemplary and is most praiseworthy. It has been a reaction of the highest order and I pray that Muslim nations learn from this model of morality and each play their own role towards eradicating all forms of religious hatred.”

His Holiness also praised the New Zealand’s public for their sympathetic and heartfelt response to this tragedy.

“The public (in New Zealand) has also offered its full support. Radio and television stations announced that they would play the Muslim ‘Call to Prayer’ (Adhaan) at the time of the Friday Prayer today to show solidarity with Muslims. Further, many non-Muslim women, including Christians, declared that they would wear head scarves as a gesture of support and empathy. May Allah the Almighty accept their pious actions.”

His Holiness also commended the faith and patience shown by Muslims who have lost close relatives and loved ones in the Mosque attacks. His Holiness particularly praised a Muslim woman who had demonstrated extraordinary patience and resolve at the loss of her husband and son in the attack.

Concluding his remarks, Hazrat Mirza Masroor Ahmad condemned in the strongest terms those extremist Muslim groups who were calling for revenge. He explained that such vengeance would only lead to a vicious circle of hatred and enmity.

“May Allah the Almighty eradicate such extremist groups within the Muslim world and may the true, peaceful teaching of Islam spread in the world.”