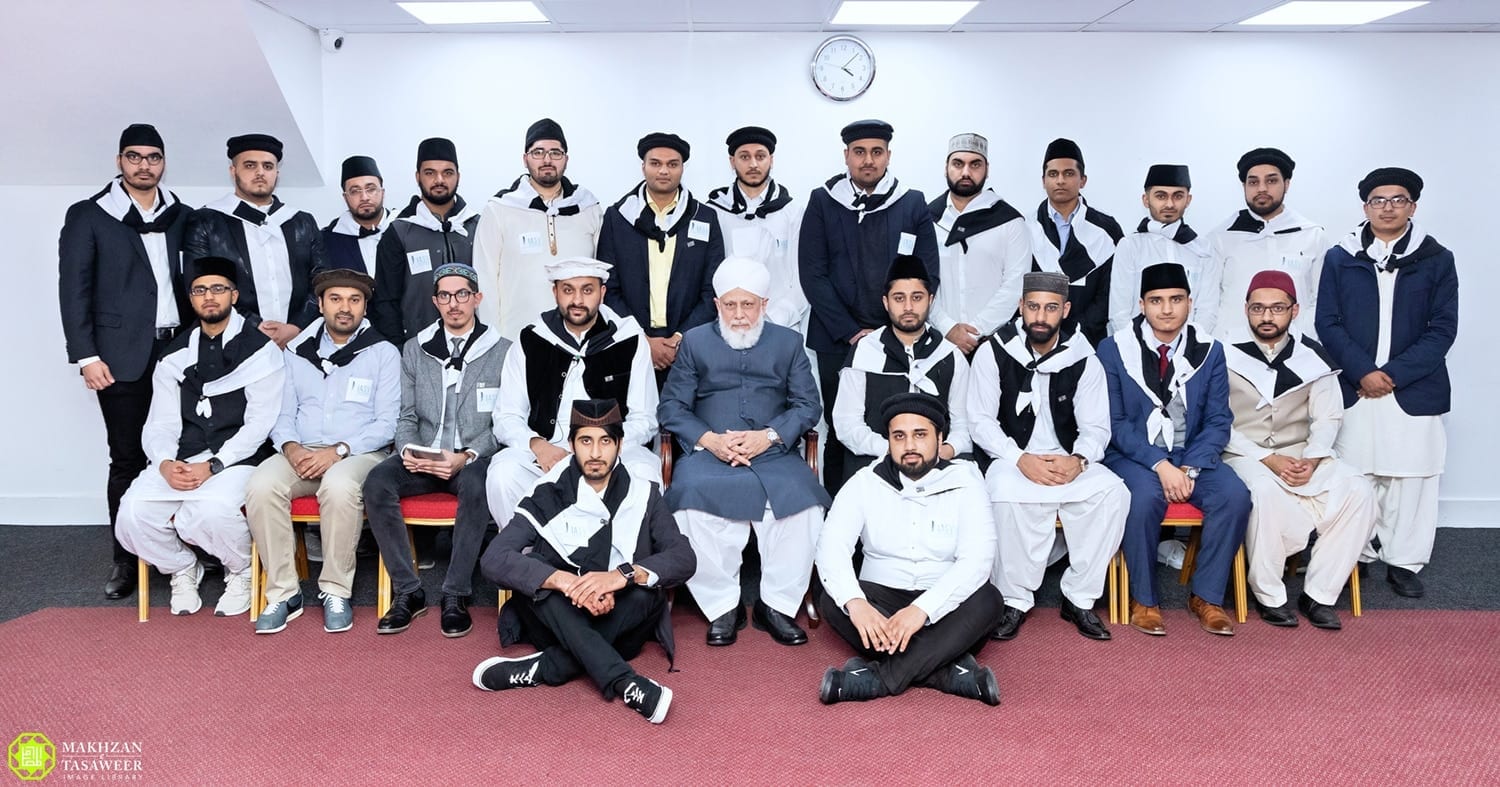 On Saturday 30 March, a group of 89 students from Germany had the privilege of meeting with Hazrat Khalifatul Masih V(aba) for a mulaqat.

The students had the opportunity to ask Huzoor(aba) various questions and to seek guidance on various matters that they were facing.

As Huzoor(aba) arrived, he enquired as to how many students had come. Huzoor then graciously opened the floor to the students who began asking the questions they had.

One student asked Huzoor(aba) that during the recent series of Friday Sermons, muwakhat (system of brotherhood) between the companions had been mentioned. The student further went on to say that this system had now started in Germany and asked Huzoor(aba) how one could achieve nafs-e-mutmainnah (spiritual solace) through this system.

“Pray to him as prescribed in Islam, be punctual in particular with regard to the timing and, of course, with regard to the concentration. Apart from that, you should also do zikr [remember Allah] while walking and sitting; you should recite Durood Shareef and istighfar along with other prayers. This is how you can achieve nearness to Allah Almighty and that will help you in developing nafs-e-mutmainnah.”

A student expressed his desire to become a teacher to Huzoor(aba) and went on to say that in schools, teachers had the responsibility to teach a certain topic which we as, Ahmadi Muslims, may not believe. The student, giving the example of the theory of evolution, further asked Huzoor(aba) that if faced with such a situation, what should be done.

“Whilst teaching, you can tell the students that this is Darwin’s theory, or you can say that this is what some people believe to be a theory or knowledge. There is no harm in stating this.”

“Even today, there are many scientists and scholars, and they have written books on this too, who don’t believe in Darwin’s theory. If you feel it will be unbiased giving your own personal view, you can quote a reference from their books, then you can give the Islamic school of thought. And then you may say that you are teaching this because it is included within the school course.”

Similar to the previous question, one Khadim said to Hazrat Khalifatul Masih(aba) that he was a teacher and was currently teaching Islam in school. He said to Huzoor(aba) that some people had issues with Ahmadi Muslims teaching Islam to their Muslim children.

“Are you a teacher in Pakistan or Germany? Is there any law against Ahmadis in Germany?”

“If you are running your own school and one student doesn’t wish to study there, then you can easily tell them that they may find another school. However, if you are a teacher in a government school, then the parents who raise this issue should take it up with the government.”

In the end, the students had the opportunity to take a group picture with Huzoor.