Why I Believe in Islam
Related Contents from Topics

Why I Believe in Islam 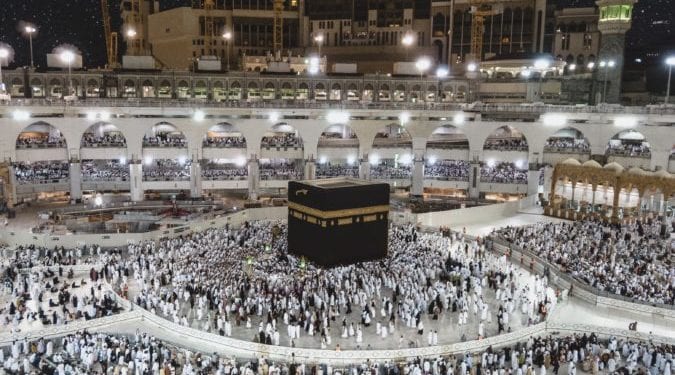 The following is an extract from the writing of Mirza Bashiruddin Mahmood Ahmad—the second successor to the Promised Messiah and Mahdi, founder of the Ahmadiyya Movement in Islam.

I have been asked to state why I believe in Islam. When I put the question to myself, the reply I received was, for the same reason for which I believe in anything else, that is to say, because it is the truth. A more detailed reply would be that in my view the central doctrine of all religions is the existence of God and man’s relationship with Him, so that the religion that can succeed in establishing a true relationship between God and man must be true, and the truth of a faith is surely a sufficient reason for believing in it.

Islam claims that the Creator of this universe is a living God and that He reveals Himself to His creatures in this age in the same manner in which He used to reveal Himself in the ages past. This claim can be tested in two ways. God may either manifest His signs direct for a seeker after Him, or the seeker may come to believe in God by studying the life of a person to whom God has revealed Himself. As by the Grace of God, I happen to be one of those people to whom God has on many occasion and in a supernatural way revealed Himself. I stand in need of no further reason for believing in truth of Islam than that I have experienced the truth in my own person.

For the benefit of people who have had no similar experience, however, I proceed to relate the grounds which, in addition to my personal experience, have been the cause of my believing in Islam.

First of all, I believe in Islam for the reason that it does not compel me to accept all those matters the sum total of which is called Religion merely on authority, but furnishes convincing arguments in support of its doctrines. The existence of God and the nature of His attributes, angels, prayer and its effects, Divine decrees and their sphere, worship and its need, Divine Law and its benefits, revelation and its importance, resurrection and the life after death, heaven and hell — with regard to every one of these, Islam has given detailed explanations and has established their truth with strong arguments to the satisfaction of the human mind.

Islam, therefore, furnishes me not only with faith, but also with the certainty of knowledge which satisfies my intellect and compels it to admit the need of religion.

Secondly, I believe in Islam as it does not base itself upon the experience of people who have passed away, but invites everybody to a personal experience of that which it teaches and guarantees. It claims that every truth can, in some manner or the other, be put to the test in this world, and it thus satisfies my reason.

Thirdly, I believe in Islam as it teaches that there can be no conflict between the word of God and the work of God, and thus resolves the supposed conflict between science and religion. It does not ask me to ignore the laws of nature and to believe in things which are contrary to them. On the contrary, it exhorts me to study the laws of nature and derive benefit from them. It teaches me that, as revelation comes from God and He also is the Creator of the universe, there can be no conflict between that which He does and that which He says. It invites me, therefore, in order to understand His revelation, to study His work, and in order to realize the significance of His work, to study His word, and thus satisfies my intellectual yearning.”

Fourthly, I believe in Islam as it does not seek to crush my natural desires but guides them along right channels. It does not, by altogether crushing my desires, reduce me to a stone; nor does it, by leaving them uncontrolled and unrestrained, reduce me to an animal, but, like an expert irrigation engineer who harnesses uncontrolled waters and makes them run into irrigation channels, thereby bringing prosperity to waste areas, it converts my natural desires by proper control and guidance into high moral qualities.”

It does not say to me: God has given you a loving heart but forbids you to select a life companion, or that He has endowed you with the sense of taste and the capacity to appreciate good food, but has forbidden you to eat such food. On the contrary, it teaches me to love in a pure and proper way which would ensure through my progeny the perpetuation of all my good resolves. It permits me to use good food, but within proper limits, lest I should eat my fill and my neighbor should go hungry. By thus converting my natural desires into high moral qualities, it satisfies my humanity.

Fifthly, I believe in Islam for the reason that it has dealt fairly and lovingly not only with me but with the whole world. It teaches me not to discharge my duties towards myself but insists upon my dealing fairly with every other person and thing, and has furnished me with proper guidance for this purpose.

For Instance, It draws attention to the rights of parents and the duties which children owe to their parents. It admonishes the children to behave obediently and tenderly toward their parents, and has made the latter heirs to that which the former may leave. On the other hand, it enjoins love and affection upon the parents for their children and imposes upon them the duty of bringing up their children well, training them in good qualities and looking after their health, and has also made them heirs to their parents.

Similarly, it enjoins the best relationship between husband and wife and requires each to have due consideration for the need and desires of the other and that they should behave affectionately towards each other. This was put beautifully by the Holy Founder of Islam when he said:

” A person who mistreats his wife during the day and loves her at night, acts in complete contradiction to the beauty of human nature.”

” The best of you are those who treat their wives best.”

“A Woman is fragile, like glass, and men should, therefore, treat a woman with delicacy and tenderness, as they would handle an article made of glass.”

Islam has laid special stress upon the education and training of girls. The Holy Prophet has said:

“A person who brings his daughter up well and gives her a good training and education, thereby earns paradise.”

Islam has made daughters the heirs of their parents along with the sons.

Again, it has laid down fair rules for the guidance of the rulers and the ruled. It says to the rulers that the authority vested in them is not their private property but is a trust and that they should discharge the obligations of that trust to the utmost, like upright and honest people, and should carry on government in consultation with the people. It says to the ruled, the power to choose your rulers has been bestowed upon you as a gift from God and you should, therefore, be careful to invest only such persons with governing authority as fully deserve it, and after vesting this authority in them, you should give them your fullest cooperation and should not rebel against them, for if you do so, you are merely seeking to demolish that which your own hands have built.

It has also regulated the rights and duties of the employer and employed. It says to the employer: You must render to the workman his full due even before his perspiration is dry on his body and should not look down upon those who work for you, for they are your brothers whose care has been entrusted to you by God and who are the true supporters of your prosperity. You should, therefore, not be so foolish to seek destroy that which constitutes you own support and the basis of your power. It says to the workman: When you are engaged to execute a piece of work for somebody, you should discharge your obligation honestly and with due care and diligence.

It says to those who have been endowed with abundance of physical health and strength that they should not behave oppressively towards the weak, nor treat contemptuously those who suffer from some physical defect of blemish; for these ought to excite one’s pity rather than one’s contempt.

It says to the wealthy: You have been charged with the duty of looking after the poor and you must set aside one fortieth of your substance every year so that it may be employed in the relief of poverty and distress and for the advancement of those who lack the means of advancement. It teaches them not to enhance the disabilities of the poor by lending money to them on interest but to help them with free gifts and free loans, pointing out that wealth is not given to a man that he may spend his life in luxury and riotous living, but that he should use it for the advancement the whole humanity and should thus deserve the best reward here and hereafter.

On the other hand, it also teaches to the poor not to look with envy and longing upon that which has been given to other people, as these feelings gradually darken the mind disable a person from developing such good qualities as he himself been endowed with it, therefore, exhorts the poor to devote their attention towards developing such talents as God has bestowed upon them, so that they should progress along beneficent lines. It directs governments to afford facilities for the poorer sections of the community for such advancement and not to permit all wealth and power to be concentrated in a few hands.

It reminds those whose ancestors had attained dignity and honor as the result of noble efforts that it is their duty to maintain that dignity and that honor with their own noble efforts, and it warns them against looking down upon others who have not been blessed in the same way, as God has made all mankind equal. It reminds them that God, who has bestowed these honors upon them, can bestow greater honors upon others, and that if they misuse the position to which they have been called and transgress against those who have not been similarly endowed, they will be laying the foundations of future transgressions against themselves by those who are now transgressed against. They should, therefore, take no pride in proclaiming their own greatness, but should take pride in helping others to become great, for true greatness belongs only to him who tries to raise his fallen brother to greatness.

In short, I find that Islam provides conditions of peace and comfort for me and for all those who may wish to tread path prescribed by it, whoever they may be, whatever they may be and wherever they may be, in whatever position I place myself, I find that Islam is equally useful and beneficial for me and mine, for my neighbors, for people whom I do not know and have not even heard of, for men and for women, for the aged and for the young, for the employer and the employed, for the rich and for the poor, for great nations and for small, for internationalists and for the nationalists, and that it establishes a sure and certain relationship between me and my Maker.

I believe in it and how indeed could I give it up and accept something else in its place.