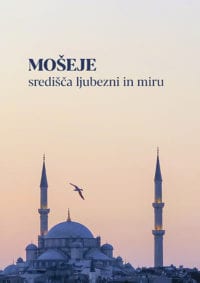 World Head of the Ahmadiyya Muslim Community, Fifth Caliph, His Holiness Hazrat Mirza Masroor Ahmad at opened the Bait-us-Samad Mosque in Baltimore, USA on October 20, 2018, before giving his keynote address at a special reception on opening. When he arrived in Baltimore, His Holiness officially opened the mosque with a plaque unveiled and a silent prayer in thanksgiving to the Almighty God. Then His Holiness conducted an afternoon prayer at the mosque and inspected its new premises. In the evening, 500 people attended the special reception at the Hilton Hotel in Baltimore, including 320 dignitaries and guests. His Holiness met various dignitaries privately, including the Reverend Ben Cardin and the Reverend Catherine Pugh, Mayor of Baltimore. His Holiness also answered questions at a news conference where the media gathered. A number of dignitaries also addressed the audience, including Senator Ben Cardin and Reverend John Wobensmith, Secretary of Maryland. National President of the Ahmadiyya Muslim Community in the USA Mirza Maghfoor Ahmad presented His Holiness before his keynote address.