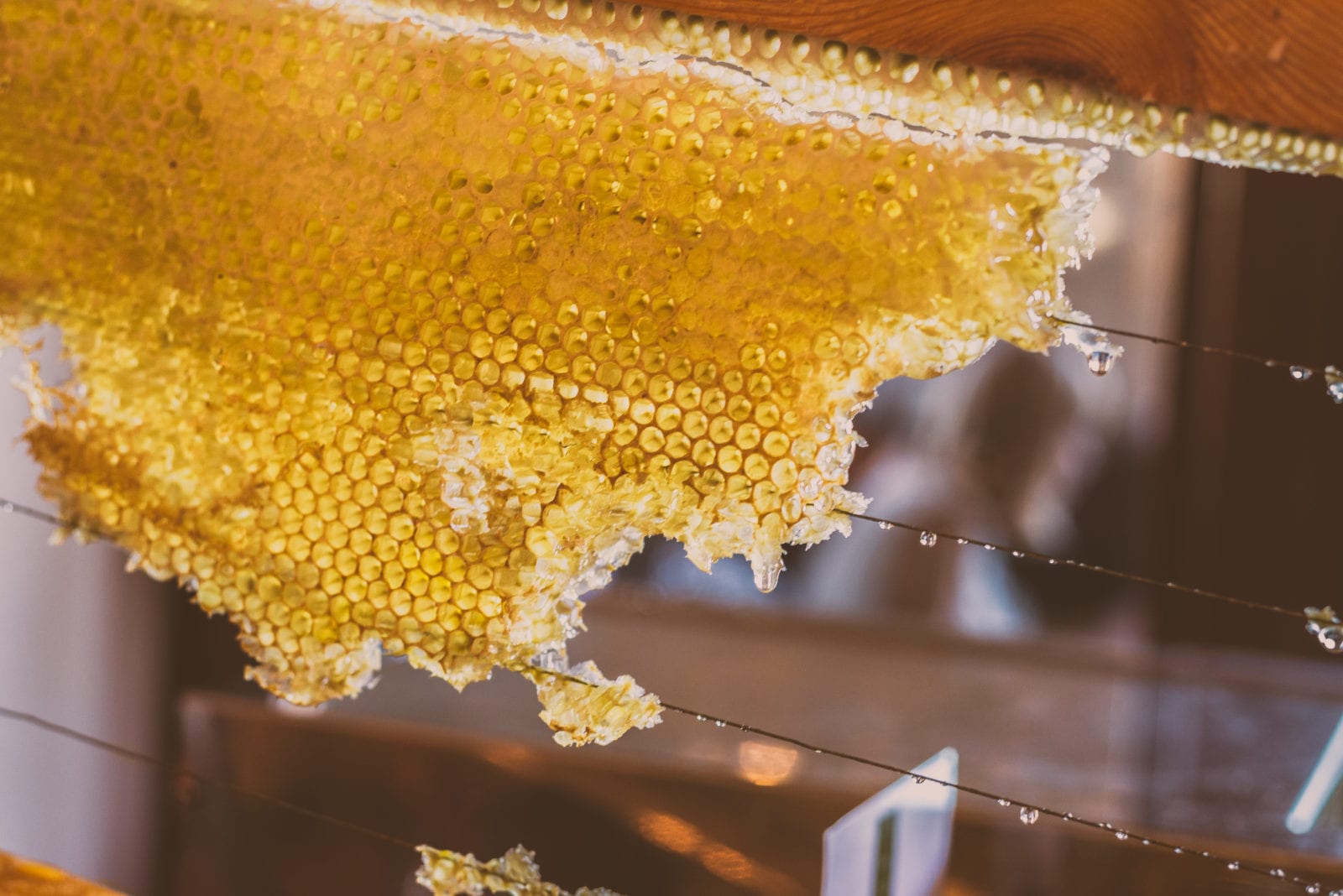 Research article edited by Nasim Rehmatullah
The Ahmadiyya Gazette, May 1997

For centuries, pollen and its sweet product, honey, have provided nourishment for many life forms. Honey is as much in demand today as it was in the ancient times.

“And thy Lord has inspired the bee, saying, ‘Make thou houses in the hills and the trees and in the trellises which they build…’ There comes forth from their bellies a drink of varying hues. Therein is a cure for a people who reflect.” (16:69-70)

Americans consume about 3 million pounds of honey a year. It takes more than 550 bees visiting 2.5 million flowers to create one pound of honey. A bee makes about 154 trips to a flower for one teaspoon of honey and about 20,000 trips to bring in one pound. In other words, about 160,000 bee-hours go into producing a pound of honey.

Honey is mentioned in the Talmud and the Bible, as well as in the records of ancient China, Greece, and Rome. Bee carvings have been found on the temple walls of ancient Egyptians. Indeed, references to honey and its healing powers are found in ancient papyri dating back to 5000 BC. Bee pollen then and now is described by some as “a life-giving dust.”

Although the bee has not been deified by the ancient Egyptians, it was worshipped as a source of eternal life. The tomb of the ancient Egyptian king Ramses III (1198-1167 BC) has bee designs in it. In most Egyptian funeral vaults, bees are shown in all phases of honey gathering.

Hindu writings dating back from around 1500 BC also contain references to pollen and honey, as Hindus believed that eating these substances would enable them to maintain good health in both body and mind. In fact, Krishna, the Hindu deity, has been depicted as a bee.

In Asia, pollen and honey were used for medicinal purposes and were part of a regular diet. Honey was also used as a poultice on wounds. In the region of Attica in ancient Greece, there were 20,000 hives to which people traveled great distances to benefit from the pollen and honey, believing that it improved their health and helped them recover from illness.

Ancient Roman records also talk about the benefit of honey. Welsh and Celtic folklore has abundant references to the sweet substance. At one point in their history, the Welsh paid their taxes in measures of honey.

In the Bible, Solomon says,

Indeed, before modern prescription medicine, pollen and honey found their way into many folk remedies. Several spoonfuls a day acted as an internal disinfectant and as a way to maintain regularity. Many a people used honey as a dressing for open wounds and burns.

Today, it is still used as a natural alternative. Singers take two teaspoons in warm milk to soothe their throats. A mixture of herb tea, honey, and a wedge of lemon relieves sore throats from colds. At bedtime, a combination of two tablespoons of honey, one teaspoon of pollen and two teaspoons of apple-cider vinegar in 8 ounces of freshly boiled water will provide a natural sleeping aid. A tablespoon of honey sprinkled with pollen will provide a digestive aid and also act to calm an upset stomach.

Honey is a natural, super-sweet alternative, and it is also safe. Bacteria cannot live in pure honey, and it can be kept indefinitely without spoilage. Pure honey may granulate with age, but its food value remains unchanged.

Various honeys taste differently, depending on the source. Clover honey tastes like clover and citrus honey has the scent of citrus. There are about a dozen honeys on the market. Raw honey will be found in health food stores. Major honey producers will process their honey first before sale. Gentle heating and filtering will extend shelf life, prevent granulation, and remove pollen and inert matter that finds its way into the hives.

Honey is usually available in several different forms. The most common is jar honey, followed by chunk honey, which is honey still trapped in the wax comb. Creamed honey is buttery spread sold in refrigerated cases, and is not widely available.

The bee makes the wax comb to store honey, and commercial beekeepers save the bee some work by removing the combs, cutting the wax cap, spinning the honey out by centrifugal force. The empty combs are returned to the hive where the bees refill them.

The arduous effort of the bees alone should give everyone a great appreciation for these creatures. Honey is God’s blessing. If you have not tasted honey in a while, now is the perfect time to try it.