Can A Rational Religion Encourage Punishment for Those Who Leave it?
Related Contents from Topics

Can A Rational Religion Encourage Punishment for Those Who Leave it? 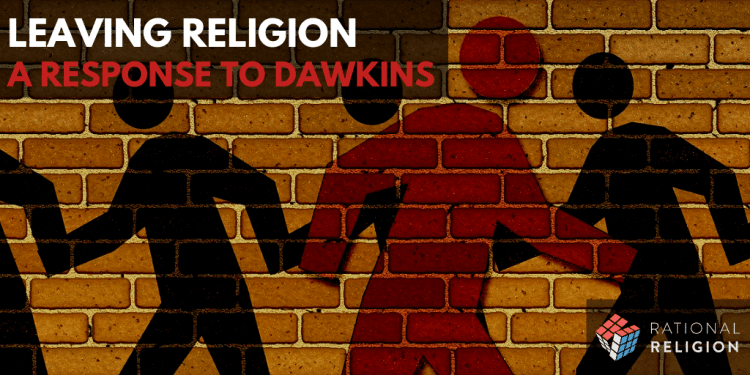 In this new series of short articles, ‘Snapshot,’  we tackle common misconceptions about religion, in particular the Islamic faith, which commonly lead fair-minded individuals to turn away from the very concept of religion. We at Rational Religion argue that faith, practised in its true form, is both rational and in harmony with human nature. The first article in this series addresses the widespread perception that Islam endorses punishment for apostasy.

Can any rational religion or belief system encourage punishment for those who leave it? This is the question that prominent atheist Richard Dawkins asks in a 2013 tweet:

For once, I agree entirely with Dawkins. No-one should logically defend a religion which advocates death to its apostates. However, the insinuation that Islam is that religion is entirely incorrect.

Sadly, it is not just Dawkins who believes this, however.  Given that many Muslim-majority countries in the world today legislate the death penalty for leaving Islam, as recommended by a whole host of scholars who seem to lack the most basic understanding of its holy book, it is perhaps of little surprise that ‘apostasy in Islam’ has become a bit of a contentious issue. Scholars may contest this according to their own whims as they please, but Islam could not be clearer or more straightforward on this non-issue.

‘Belief’ is defined as an ‘acceptance’ of something being true, and any acceptance which is enforced holds no value. Threatening force in the case of leaving religion amounts to enforcing adherence, which cannot result in sincere or meaningful seeking of the Divine.

The Qur’an is emphatic:

The Qur’an makes it absolutely clear, that, as it is ‘the truth from your Lord’, it inherently stands in complete rejection of any kind of enforcement or obligation – which is exactly what punishing apostasy is. Endorsing punishment for apostasy is itself a huge disservice to Islam and the Holy Qur’an, and is a tacit admission on behalf those who claim to be their most zealous defenders that the faith is intrinsically inadequate in its persuasion, and require human assistance in making up for its ddeficiency. This idea is of coursea anathemato their central claim of being of Divine origin.

‘There should be no compulsion in religion. Surely, right has become distinct from wrong.’
(2:257)

Faith is a matter of personal choice – only when someone willingly seeks God does it merit any reward. If, as some insist, they are obliged to force others to believe, then we must ask – was God not able, by their own belief, to do so much more quickly and effectively instead?

‘And if thy Lord had enforced His will, surely, all who are on the earth would have believed together. Wilt thou, then, force men to become believers?’ (10:100