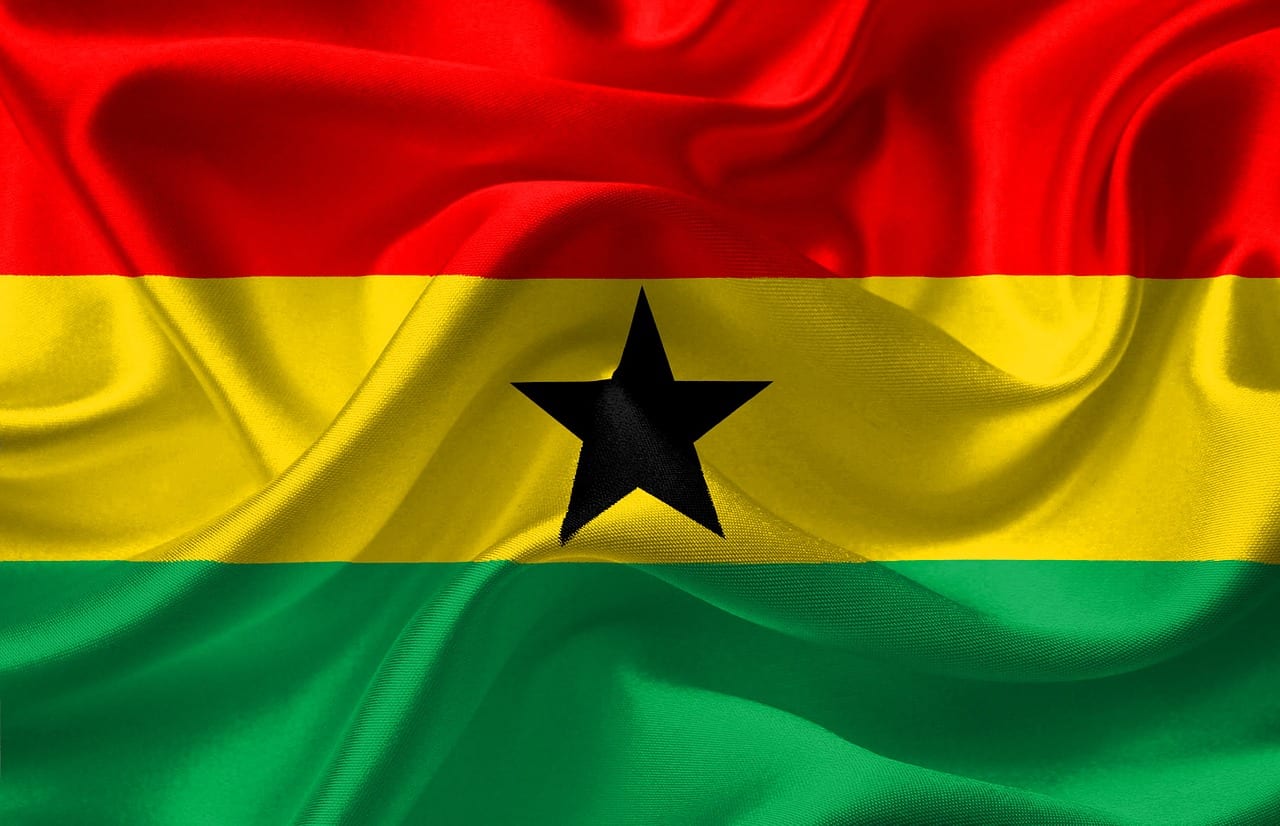 Assalamo Alaikum Wa Rahmatullahe Wa Barakatohu, (May peace and blessings of Allah be upon you)

I am very pleased to learn that the Ahmadiyya Muslim Community Ghana is holding a Peace Conference on such a large scale for the first time. I pray that Allah the Almighty blesses this important event in all respects and I hope that all of the participants come to recognise that establishing peace in the world is the single greatest challenge facing mankind today.

Through new technologies and modern forms of transportation, the world has become like a global village. No longer are nations detached from one another, rather we are living in an increasingly inter-connected globalised world. Where this has led to advancement and progress in many spheres and has enabled people living thousands of miles apart to be instantly connected, it has also led to harmful developments that have destabilised the world and caused for world peace to steadily deteriorate in recent times. We have seen tensions between different groups and communities within nations rising and the increased polarisation of society. This has even led to violence and bloody civil wars in some countries. In the West, the far-right has resurfaced and its dangerous resurgence shows no sign of abating. Similarly, at an international level, hostilities are intensifying and threaten to boil over at any time.

The major powers of the world are making moves to build and strengthen alliances with the intention of boosting their own power and might in front of the world. Hence, those blocs that were a feature of the 20(th) century are now being re-established before our eyes. It is no exaggeration to say that with each day that passes, the risks to civilisation are increasing. Weapons are being manufactured and stockpiled at an alarming rate and unquestionably, due to new technologies, today’s weapons are far deadlier and sophisticated than ever before. Major powers are taking advantage of their alliances to hoard weapons, as they seek to ensure that their arsenals are mightier than their rivals. In this effort, less powerful allies are helping them fulfil their interests in order to gain their favour. As a result, the world stands in great peril and there is no doubt that the weapons that exist have the potential to destroy humanity many times over, and so with each passing we are moving ever closer to the abyss.

Moreover, the collateral damage that is seen in war-torn countries is causing death and misery beyond comprehension and is a grave stain on humanity. The infrastructure in those nations where air strikes and heavy bombardment have occurred has been destroyed. The aggressors compound the misery and maximise casualties by sealing borders and preventing necessary aid from reaching people in desperate need. Hence, where people are dying directly from bomb attacks and warfare, millions of others, including babies and young children, women and elders, are dying from famine, malnourishment and disease. They are denied basic essentials or medication and are withering away and dying, whilst the world stands by silently. This is all happening today, in this era, on our watch.

Hence, in light of the perilous state of the world, it is the urgent need of the time that people and nations set aside their vested interests and focus all their energies upon establishing peace through justice, compassion and mutual respect. A spirit of selflessness and a genuine desire to alleviate the suffering of others must overcome the selfish greed that has taken root in so much of the world.

Regrettably, it cannot be denied that certain Muslims or Muslim countries have been directly involved in undermining the peace of the world. Consequently, ammunition has been provided to those who allege that Islam is a religion of violence and an extremist ideology. Nevertheless, Islam’s teachings are the polar opposite of what is being portrayed in the media or by those so-called Muslims who seek to fulfil their own interests by perpetrating barbaric and heinous crimes. The truth is that Islam teaches kindness, compassion, justice and fulfilling the needs of all members of society, irrespective of creed, caste or colour. It condemns and prohibits all forms of terrorism, extremism or violence.

The very first words of the Holy Quran are

“In the Name of Allah, the Most Gracious, Ever Merciful”

and thereafter it is stated that Allah the Almighty is the

“Lord of All the Worlds”,

meaning He is the Sustainer and Provider for all mankind. He provides and nourishes Christians, Jews, Hindus, Sikhs, Pagans and the people of all beliefs. Allah the Almighty provides for, and sustains, even those who even deny His existence. Furthermore, the Holy Quran has declared the Holy Prophet Muhammad (peace and blessings of Allah be upon him) to be a source of mercy and compassion for all of mankind. Thus, when Allah the Almighty is the Provider for all people, of all races and of all beliefs, and the Prophet of Islam (peace and blessings of Allah be upon him) was sent as a fountain of mercy and love for humanity, it is inconceivable that Islam’s teachings are merciless, extreme and bloodthirsty. Those who allege that Islam promotes violence or extremism are entirely wrong and misguided. The Holy Quran has categorically declared that any form of compulsion in faith or belief is not permitted and is opposed to everything that Islam stands for. Belief is solely a matter of the heart.

As I have said, now is the time to put aside our differences, and for all people, whether religious or not, whether rich or poor, to come together and recognise the fact that we are all part of the same human race and united as such. We must promote peace through justice and love at every level of society and each individual has a significant role to play. It is to serve this purpose that the Ahmadiyya Muslim Community hosts Peace Symposiums throughout the world and each year we hold a similar event on an even larger scale in London. At all our symposiums, we seek to break down the barriers that divide mankind and to provide solutions to the ills of the world. We use such opportunities to prove the fact that Islam is a religion of peace and a religion that motivates true Muslims to engage in dialogue with others, to exhibit tolerance and to serve humanity. We present our ideas of how to develop peace and listen to the respective ideas and views of representatives of other communities. From an Islamic perspective, we urge governments and world leaders to act with justice and argue that instead of developing opposing blocs and profiteering through the arms trade, nations should show regard for one another and fulfil each other’s rights. We appeal to them to look at the long-term future of the world, rather than to be blinded by short-termism and narrow self-interests.

As stated earlier, the weapons of today are far deadlier than at any time in our history. Several countries have acquired nuclear weapons that have the potential to wipe away nations at the push of a button. If, God forbid, such arsenals are ever put to use, the catastrophic effects will last for generations and will result in children being born with mental and physical disabilities for many decades to come. Even those countries who do not possess nuclear weapons have acquired such destructive weaponry that can easily kill millions of people and leave behind a lasting trail of destruction. Is this the legacy we wish to leave behind for our children and future generations? Do we desire that they weep at the horrors we have left behind for them? Is it our hope that, instead of remembering us with love and respect, they look back at us with hate and contempt? Do we want the coming generations to curse and scorn us?

I reiterate that we must now focus on the peace and prosperity of the world and, in light of this, I am pleased that African countries have not joined the ranks of those nations who are involved in the world’s nuclear arms race. It is my belief that if the rest of the world continues to act unjustly, usurping the rights of others and interfering in other nations, they will ultimately destroy themselves. If and when that day comes, I believe that Africa may be the only continent that will have saved itself from annihilation. Moreover, where today Africa is looked down upon by many and considered to be weak, your continent will be in a position to play a pivotal role in re-building the rest of the world. Thus, never underestimate yourselves or the potential of your nations! Rather, the African countries should ensure that they are ready to one day take on the mantle of leading the world! For this, you must ensure you do not become consumed by the evils that have plagued other nations. You will have to act with justice, forgo all forms of corruption and serve your nations with integrity and work towards their continued development and advancement.

I hope and pray that the African nations resist the worldly temptations to join existing international blocs or alliances that are based on greed and injustice. Instead, I urge you to make your own bloc and that should be an alliance of peace! Set a positive example for the rest of the world by establishing the highest standards of justice. May the alliance of peace come to spread not only in Africa but prevail in all parts of the world.

At the end, I pray for the success of the Peace Conference and extend my best wishes to all of the participants.

With all my heart, I pray that the dark clouds of war and grief that hover threateningly over the world today are soon replaced by a bright blue sky of love and peace. Ameen.