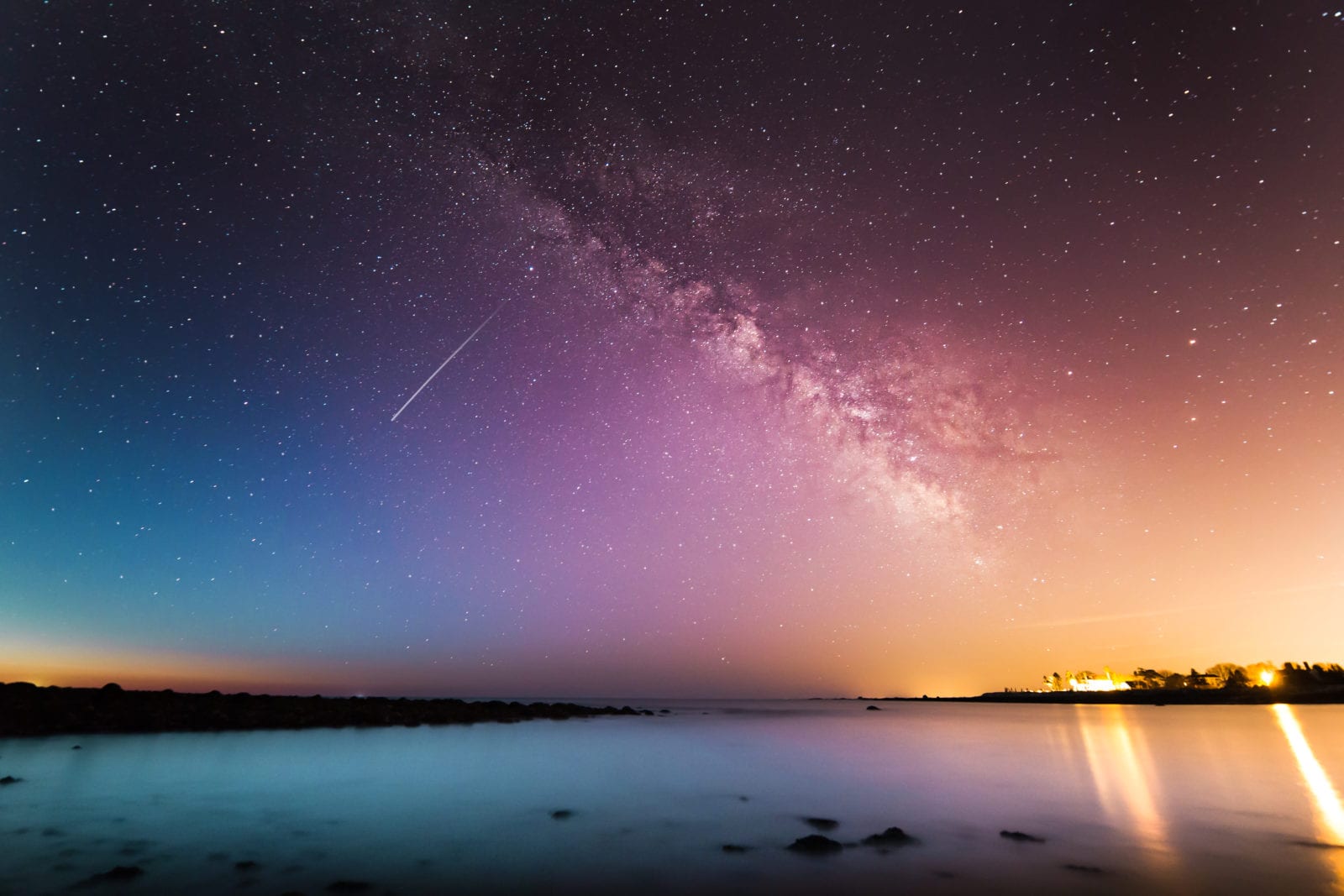 The night ‘equal to one thousand nights’ .

In the name of Allah, the Gracious, the Merciful.
Surely, We sent it down during the Night of Decree.
And what shall make thee know what the Night of Decree is?
The Night of Decree is better than a thousand months.
Therein descend angels and the Spirit by the command of their Lord with Divine decree concerning every matter.
It is all peace till the rising of the dawn.(Ch.97:Vs.1-6)

The Muslims believe Layla-tul-Qadr to be a night of great blessing when Almighty God showers His Mercy upon those of His believers who sincerely and faithfully love and obey His Will. It is a night which is commonly associated with the revelation of the Holy Qur’an but also has other meanings which are all deeply rooted in Almighty God’s attribute of Rahmaniyyat (Grace).

The above verses of the Holy Qur’an (Ch.97:Vs.1-6) indicate that Layla-tul-Qadr literally means the ‘Night of Decree/Power’ and that it is a night of greater value than a thousand months (1000 being a metaphor for the highest numerical figure in Arabic). During this blessed night the angels are said to descend upon earth and help to breathe a new life into mankind. We also know from another place in the Holy Qur’an (Ch.44:V.4) that it is a ‘Blessed Night’ (Laylatin Mubarakatin).

Hadhrat Mirza Bashir-ud-Din Mahmud Ahmad(ra), the second Khalifa of the Ahmadiyya Muslim community, writes in his book of Qur’anic commentary (Al-Tafsir al-Kabir) that the words

‘Therein descend angels and the Spirit’ (tanazzal al-mala’ikah wa al-ruhu feeha) mean:‘…the Angels of God descend to meet and satisfy every religious need and to remove all obstacles and impediments from the way of the expansion and spread of the new Message.’ (Al-Tafsir al-Kabir, p.2859)

Another traditional view of the chapter of al-Qadr is that it refers to the night in which the Holy Qur’an was revealed to the Holy Prophet(saw), when he recited the blessed verses which will forever live in the hearts of all Muslims:

Convey thou in the name of thy Lord Who created, Created man from a clot of blood. Convey! And thy Lord is Most Generous, Who taught man by the pen, Taught man what he knew not.(Ch.96:Vs.2-6)

Furthermore, this chapter represents the entire ministry of the Holy Prophet(saw) as the Holy Qur’an was revealed to him throughout the latter part of his life.

Further elucidating on this subject, Hadhrat Khalifatul Masih II(ra) has explained that the words ‘one thousand months’ (alfi shahr) have several meanings two of which include:

Layla-tul-Qadr also has a wider understanding and can signify that when mankind reaches a point of darkness, and is in need of reform, Almighty God answers its need by sending a new reformer. In relation to this a period of 1000 months roughly amounts to a century and can thus be linked to the saying of the Holy Prophet(saw):

‘Verily God will continue forever to raise for this Ummah (community) in the beginning of every century one who Will restore for it its faith.’(Abu Dawud, Kitabul Fitan)

Almighty God is described in the Holy Qur’an as the Ever Merciful (al-Rahim) and such a verse personifies the magnificence of Allah’s infinite Mercy which is safeguarded for the remainder of mankind’s existence. Further expanding on this point Hadhrat Mirza Ghulam Ahmad, the Promised Messiah and Imam Mahdi(as) writes:

‘‘Inna anzalnahu fee Layla-til-Qadr’, This Night, according to its common interpretation, is a Blessed Night, but some of the verses of the Holy Qur’an indicate that the condition of the darkness of the world is also a Night of Decree on account of its hidden qualities. In that condition of darkness, sincerity and steadfastness, and piety and worship, have great value in the estimation of God. It was because of that condition of darkness which at the time of the advent of the Holy Prophet(saw) had arrived at its climax and demanded the descent of a Grand Light, that observing this dark condition and having mercy on the creatures afflicted with darkness, there was an upsurge in the attribute of Rahmaniyyat and heavenly blessings addressed themselves to the earth. That dark condition became blessed for the world and the world thereby received a grand mercy so that the Perfect Man and the Chief of the Prophets, like whom there had been no one, nor ever will be, came for the guidance of the world and brought that bright Book for the world whose match no eye has beheld. It was a great manifestation of spiritual perfection of God that, at a time of gloom and darkness, He sent down a Grand Light which is named the Furqan and which distinguishes between truth and falsehood and which demonstrated the coming of truth and the disappearance of falsehood. It descended upon the earth when the earth had become spiritually dead and land and sea had been greatly corrupted. By its descent it accomplished that to which God Almighty has pointed in the verse: A‘lamu ann-Allaha yuhyi al-Arda ba’da mawtiha’.

That is to say:

The earth had died and God revived it afresh. It should be remembered that the descent of the Holy Qur’an which took place for the purpose of reviving the earth came about through the upsurge of the attribute of Rahmaniyyat. This is the attribute which sometimes manifests itself in a material way and causes the rain of mercy to descend upon dry land and thus makes provision for those who are afflicted with famine. The same attribute sometimes surges up spiritually and has mercy on the condition of those who are hungry and thirsty and near unto death on account of misguidance and error, and lack the nourishment of truth and righteousness which is the source of spiritual life. Thus the Gracious One, as He bestows nourishment upon the body at the time of need, so of His Perfect Mercy He provides spiritual nourishment also at the time of need.’ (Barahin-e-Ahmadiyya, Ruhani Khaza’in, Vol. 1, pp414-435, footnote 11)

The ultimate effect of a reformer being sent to the earth is that the world enters a period of peace, as is alluded to in the concluding verse of Surah al-Qadr. Hadhrat Khalifatul Masih II(ra) explains:

‘The word ‘salam’ (peace) stands for a complete sentence meaning, “it is all peace.” In the time of a Prophet or Divine reformer a peculiar kind of mental peace of equanimity descends upon the believers amidst hardships and privations. The heavenly happiness which inspires believers at that time transcends all material and sensuous joys.

Layla-tul-Qadr has another significant meaning to Muslims as it is a night in which a believer can benefit from great blessings. In a reported Hadith (tradition), the Holy Prophet(saw) said:

‘Whoever establishes the prayers on the night of Qadr out of sincere faith and hoping to attain Allah’s rewards (not to show off) then all his past sins will be forgiven.’ (Sahih al-Bukhari, Vol.1, Bk.2, No. 34)

In another Hadith the Holy Prophet(saw) advises as to when one should seek Layla-tul-Qadr saying:

The Promised Messiah(as) is known to have said that should the 27th night of Ramadan fall upon a Friday then this will often be Layla-tul-Qadr.

In light of the above blessed narrations it is incumbent on each Muslim to increase his or her worship during the last ten days of Ramadan and pray sincerely that he or she may benefit from the fruits of Layla-tul-Qadr. In his weekly Friday Sermon on the subject of Layla-tul-Qadr (14 Nov, 2003), Hadhrat Mirza Masroor Ahmad, the Fifth Khalifa of the Ahmadiyya Muslim community, stressed the need for every believer to pay special attention to not only the last ten nights of Ramadan but indeed to every night. Hadhrat Khalifatul Masih V (may Allah strengthen his hand) indicated that one reason behind the ambiguity of which night Layla-tul-Qadr falls upon is to ensure that believers spend all of the last ten nights in worship and do not simply ritualise one appointed night.

Hadhrat Khalifatul Masih V added that the Holy Prophet(saw) said that whoever offers all his or her prayers during the month of Ramadan in congregation gleans a large portion of Layla-tul-Qadr. Therefore, in order to properly experience this night one must maintain the highest standard of righteousness throughout the month, discharging the dues of almighty God and the dues of mankind. Hadhrat Khalifatul Masih V explained that although certain Hadith signify the appearance of signs (like flashes of light) to verify that one has experienced Layla-tul-Qadr, these signs are not obligatory to Layla-tul-Qadr. Indeed the Holy Prophet(saw) would gather immense resolve and determination at the start of the last ten days of Ramadan, spending these days in the worship of God. He enjoined us to engage profusely in the remembrance of Allah during these days, to glorify Him and to exalt His greatness.

To support a Muslim in this effort the following prayer (dua) to be recited on Layla-tul-Qadr was conveyed to Hadhrat ‘A’ishah(ra) by the Holy Prophet(saw):

‘O Allah! You are the Great Pardoner; You love to pardon. So please pardon me.’ (Ibn Majah, Kitabul Du‘aa)

May we each engage in sincere worship during this blessed month and incur the Mercy of Almighty God, God willing.