Hazrat Bhai Abdur Rehman Qadiani(ra), a close companion of the Promised Messiah(as), was of the opinion that this postponement might have happened because Huzoor(as) had been receiving revelations that indicated towards his demise happening soon. Hence, he might have thought it was better to remain in Qadian for that moment.

However, after the Fajr prayer on 27 April 1908, the Promised Messiah(as), along with his family and a delegation of his companions, decided to travel to Lahore. Preparations started immediately; bags were packed and horse-carriages arranged. Accompanying Hazrat Ahmad(as) and his immediate family were Muhammad Ahsan Amrohi Sahib, Hazrat Maulana Nuruddin Sahib(ra) and some house maids and servants. Huzoor(as) called Hazrat Mufti Muhammad Sadiq(ra) later to join him in Lahore.

Hazrat Bhai Abdur Rahman Qadiani(ra) was among the many that had walked along Huzoor’s(as)carriages to the outskirts of Qadian to bid farewell, but he was instructed to join the convoy at the last minute, so he did.

Presented below are his recollections of Hazrat Mirza Ghulam Ahmad’s(as) stay in Lahore, which happened to be Huzoor’s(as) final days in this world. The following words are a summary of his recollections:

Having arrived at Batala, Huzoor(as) stayed at a roadside inn, Sarai Mai Ichra Devi, near the railway station. It took some time for the seats to be reserved and the entourage spent the next day and the day after in this inn at Batala.

However, on the third day, Huzoor’s(as) delegation departed for Lahore by the morning train and arrived at Lahore in the afternoon. Huzoor(as) decided to stay at Khawaja Kamaluddin Sahib’s house on Killianwali Road, adjacent to Islamia College Lahore.

The news of Huzoor’s(as) arrival and stay in Lahore had spread to all parts of the city and people from all ranks of society would visit Huzoor(as) frequently. Huzoor’s schedule was extremely hectic as he would not refuse to meet anyone who came to see him.

The opponents of the Jamaat could not bear this attraction of the public towards the Promised Messiah(as), so they set up a station opposite Huzoor’s(as) residence and started distracting people. These mullahs would hurl abuse and shout vulgarity all day, but the Promised Messiah(as) told his companions to stay quiet and not respond in any way.

Those coming visit the Promised Messiah(as), which included scholars, thinkers, scientists and members of the public, continued to visit him and remained undeterred by the abusive tactics of the opponents. The lists of visitors on a daily basis were quite long and to cater for his guests, the Promised Messiah(as) had to temporarily set up a langar (free food facilities) in Lahore.

One of these visitors was Shahzada Muhammad Ibrahim of Kabul – a member of the royal family of Kabul and a chief. He had great reverence for the Promised Messiah(as) and listened to Huzoor’s(as) words with great regard. He suggested that a formal session be held where the Promised Messiah(as) may address the audience and get his message across to a larger number of people.

The suggestion was taken on board and the dignitaries of Lahore were invited to have dinner with and listen to the teachings of the Promised Messiah(as). The date was set for 17 May, but Huzoor(as)suffered an attack of dysentery the night before and it appeared that he might not be able to attend the event.

The following morning, however, he received a revelation from Allah saying,

“I am standing with my messenger”.

This revelation gave the Promised Messiah(as) the strength to attend the event and address the audience for around two and a half hours.

Apart from this speech, the Promised Messiah(as) delivered many other speeches during his stay in Lahore and in the last few days of his life. One such speech was the one that carried the famous notion:

“Let Jesus die for the life of Islam depends on it.”

No moment of these days went vacant. The Promised Messiah(as) was fully occupied in propagating the message of the true Islam; through writings, through word of mouth and through meetings that he held with various people during that stay. 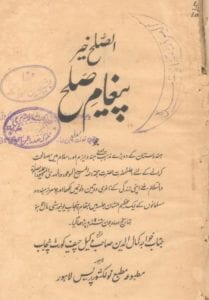 Clement Lindley Wragge – the famous meteorologist – met Huzoor(as)during these last days of Huzoor’s(as) life and asked questions on a variety of topics. The answers he got led him to accepting Islam Ahmadiyyat later. 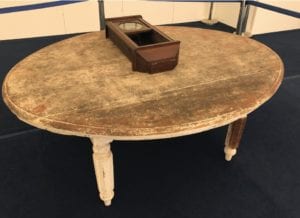 It was during these days that the Promised Messiah(as) penned his very last work titled Paigham-e-Sulh (A Message of Peace). Hazrat Ahmad(as) had just finished this great work on the evening before his demise (25 May 1908).

Having finished writing Paigham-e-Sulh and handing it over to the scribe, the Promised Messiah(as) went out for an evening stroll in the fresh air. The horse carriage was, as usual, ready and waiting.

Huzoor(as) asked Bhai Ji to tell the syce that Huzoor(as)only had money enough for an hour’s ride, so he should take the carriage around to be back in time. The Promised Messiah(as) had no life-threatening illness, but felt fatigued with the hectic routine of constantly speaking and writing.

As he arrived back from the stroll, he fell ill with dysentery. He felt very weak and frail to a point that it became more and more difficult for him to speak.

During the night, his weakness worsened. All he would communicate during the night and the early hours of the following morning was his desire to say his Salat, as did his holy master, Hazrat Muhammad(sa) in his final hours.

In the morning of 26 May 1908, at around 10 o’clock, his blessed and content soul left his physical body and departed back to Allah the Almighty – the Creator of all the worlds.

Surely, to Allah we belong and to Him shall we all return 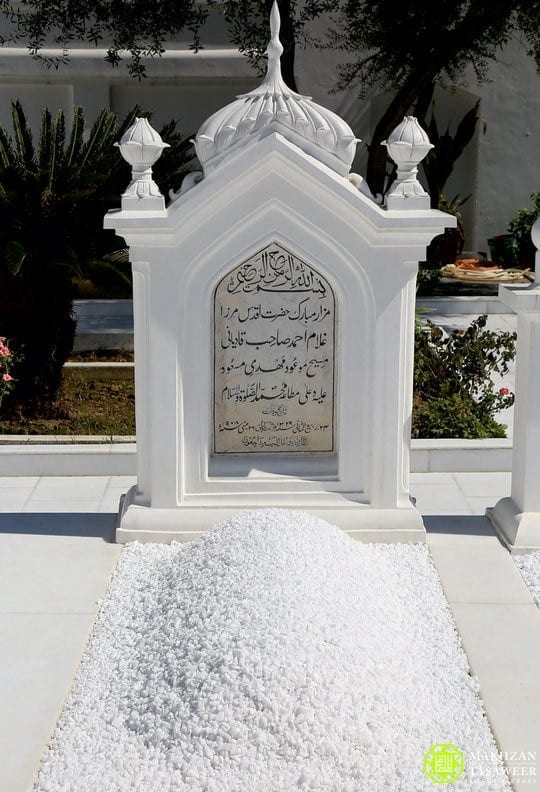 Grave of Hazrat Mirza Ghulam Ahmad (as), the Promised Messiah and Imam Mahdi