Comparison of religions in the works of the Promised Messiah a.s. – Part I
Related Contents from Topics

Comparison of religions in the works of the Promised Messiah a.s. – Part I 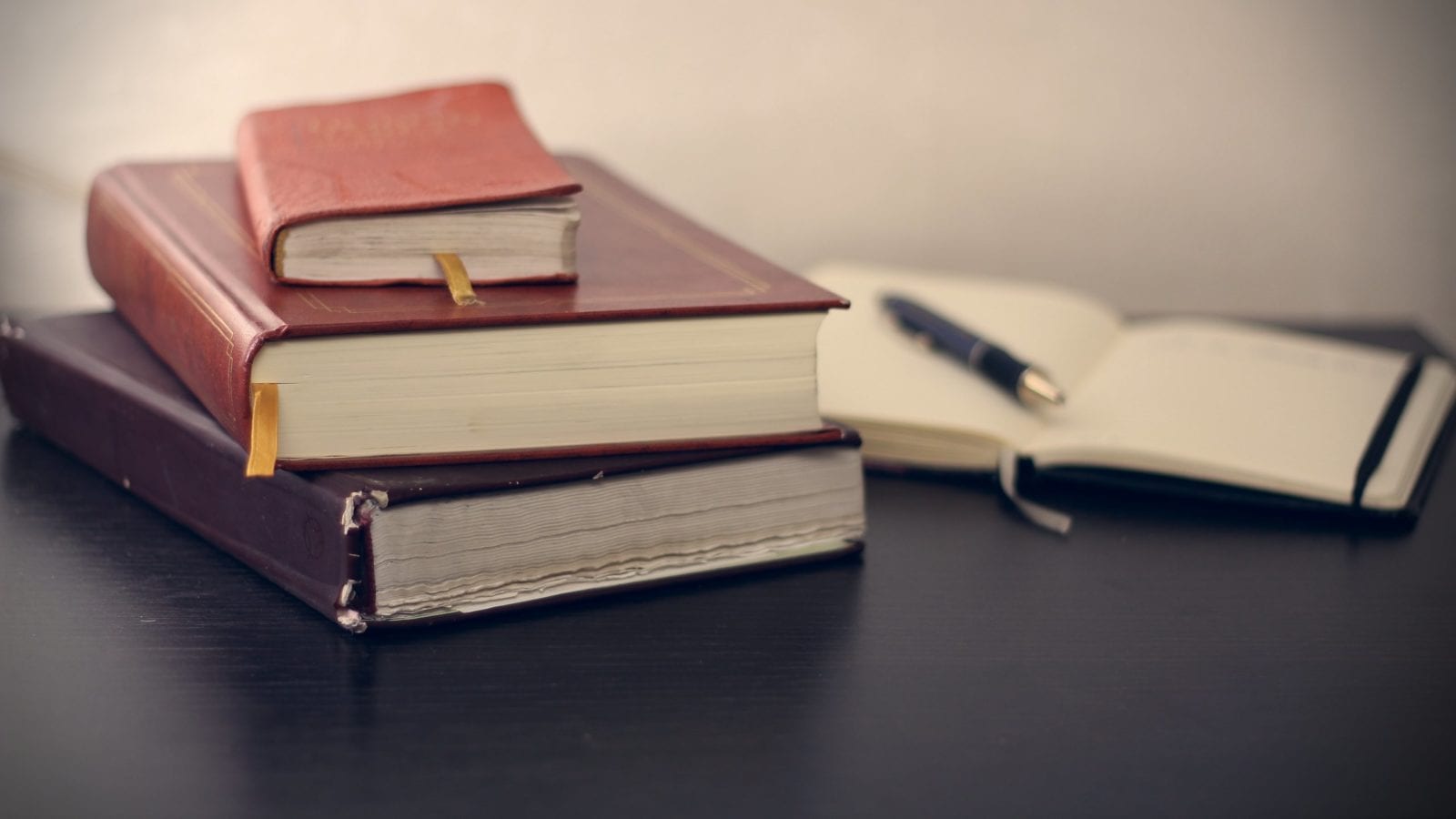 We are passing through precarious times in which mankind is moving speedily away from religion, and atheistic ideologies are becoming the norm.

Even if there are some that adhere to a faith, practically they do not adhere to its true teachings. Even though their forefathers were either Christians, Hindus or Muslims, yet they have forgotten their true beliefs.

What has driven them away from religion? What tool can be used to change the course of our society in which religion is seen to be the only means of salvation?

The Promised Messiah(as) in his writings has stated that all previous divine scriptures, and all founders of faiths were from God Almighty. Hindus, Jews and Christians all were divinely guided at their appointed times, so what changed their course?

Man has a natural instinct to find his Creator and is attracted to an Omnipotent Being. If religion does not serve the purpose of bringing man closer to his Creator, then surely there would be a need for its replacement. Just as history changes, similarly religions also began to divert from their original teachings towards the supernatural and fictitious tales. Such religions most surely could not serve the purpose of uniting man with his Lord. 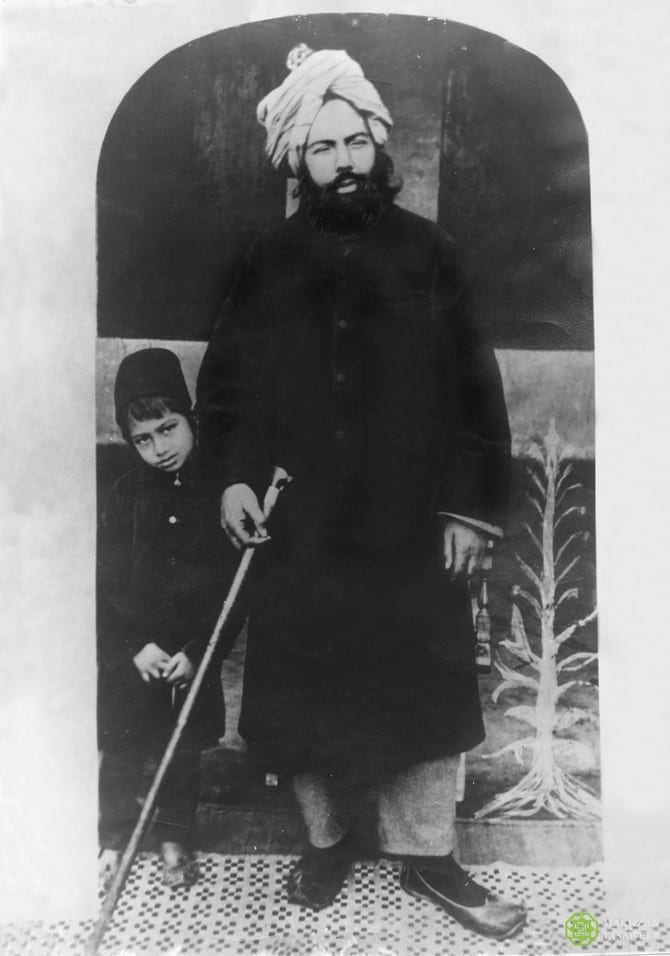 Therefore, to understand and recognise a true religion, the Promised Messiah(as) presented various criteria. If one is to ponder over these, man not only finds the true religion, but in fact he is able to have communion with God, which is the essence of religion and the purpose of its revealed book.

Hazrat Mirza Ghulam Ahmad(as), the Promised Messiah not only addressed followers of religion, but he also spoke out to atheists stating that philosophy, science and study of the universe can lead one to recognise a creator, yet it cannot grant certainty that there is a God. This journey from recognising the need of a Creator to attaining the certainty that there is a God can only be through a living religion i.e. a religion that gives evidence of a living God. The only living religion that provides such evidence of a living God is Islam.

The defects within all religions was part of destiny, hence the demand for a perfect and universal religion and revealed scripture that fulfilled the needs of humanity till the Day of Judgement was needed, and it is our claim that this is to be found in Islam and the Holy Quran.

The Promised Messiah(as) was a champion in the field of comparative studies of religions. Allah the Almighty conferred upon him the title of “Sultan-ul-Qalam”.

“Allah the Almighty has named this humble one ‘Sultan-ul-Qalam’ [King of the Pen] and has called my pen the Zulfiqar [name of sword] of Ali(ra).” (Tadhkirah, p. 333)

[I see his hand shining like the white hand of Moses; And in his hand I see the Zulfiqar.] “In respect of incontrovertible arguments, his adroit hand flashes like a sword. Then I see him with the Zulfiqar. There was a time when Hazrat Ali(ra) held the Zulfiqar in his hand; but Allah, the Exalted, will bestow Zulfiqar upon that Imam in such a manner that his luminous hand will accomplish that which in the past had been accomplished by Zulfiqar. Thus, his hand will be as if it was the Zulfiqar of Ali(ra) that has reappeared. This is an indication that the said Imam will be Sultan-ul-Qalam and his pen will serve as Zulfiqar. This prediction is an exact translation of a revelation vouchsafed to me, which was published ten years ago in Barahin-e-Ahmadiyya. It reads: ‘Kitab-ul-Wali Zulfiqar-e-Ali’, which means that the book of this saint is the Zulfiqar of Ali(ra). Here the reference is to myself, and, on account of this, in many a vision I have been called ghazi[God’s warrior] and there are allusions to this in Barahin-e-Ahmadiyya and in other places.” (Nishan-e-Asmani, Ruhani Khazain, Vol. 4, p. 399)

This prophecy was fulfilled to the letter and everyone can bear witness to the fact that Hazrat Ahmad(as )was the King of the Pen. He authored over ninety books in the defence of Islam and revived Islam to its pure and original teachings. These spiritual treasures are read by people daily and continue to bring people to Islam today.

Hazrat Mirza Ghulam Ahmad(as) came to the world in a time when he had to challenge and face adherents of all faiths and also those who had no faith. He particularly answered many erroneous beliefs from Hindus, Christians and Muslims, whilst presenting and proving the true realities of their religions.

The Promised Messiah(as) said in his Urdu lecture, later compiled as a book and translated into many languages, The Philosophy of the Teachings of Islam:

“I shall today set forth the merits of Islam. Before I proceed to do so I deem it proper to announce that I have made it obligatory upon myself that whatever I state will be based upon the Holy Quran which is the word of God Almighty. I consider it essential that everyone who follows a book, believing it to be revealed, should base his exposition upon that book and should not so extend the scope of his advocacy of his faith as if he is compiling a new book …It is incumbent upon me not to state anything which is not comprehended in the Quran and to set forth everything on the basis of its verses and in accord with their meaning and that which might be inferred from them, so that those attending the conference should encounter no difficulty in carrying out a comparison between the teaching of different religions. As all those who believe in a revealed book will also confine themselves to statements comprised in their respective revealed books”. (The Philosophy of the Teachings of Islam, pp. 1-2)

The Promised Messiah focusing on this rule mentioned that there should be a clear claim from a revealed book to establish the matter of discussion. In fact, one should not only present such a claim but also provide arguments through their revealed book as well. If the book does not clearly make a claim, then its followers cannot support the ideology through arguments.

While mentioning this point, the Promised Messiah(as) says in one of his books:

“…To establish the truth of any religion – that is to say, to prove the fact that that religion is from God – it is necessary that it must possess two types of supremacies.”

First: That such a religion should be so comprehensive, perfect, complete, and free from defect in its doctrines, teachings, and commandments, that reason should fail to propose anything better; and no defect or deficiency be seen in it. And, in this perfection, it should triumph over all other religions; that is to say, no other religion should be its equal in these excellences. This is the claim that the Holy Quran itself has put forward:

Meaning that, today I have perfected My religion for you and have completed My favour upon you, and I have chosen Islam to be your faith [Surah al-Maidah, Ch.5: V.4]; that is to say, you should be established upon that reality which is contained in the word ‘Islam’, an explanation of which has been given by God Almighty Himself with reference to the word ‘Islam’.

“As is manifestly clear to all observers, both the Torah and the Gospel refrain from making this claim. The Torah contains a statement of God Almighty that ‘I will raise a Prophet from among your brethren and will put My Word in his mouth, and whosoever will not hearken unto his Word I will require it of him.’ [Deutronomy, 18:18-19].” (Barahin-e-Ahmadiyya Part V, p. 3)

Taking the Gospels on this account, the Promised Messiah(as) says,

“Similarly, the Gospel has nowhere claimed that its teaching is perfect and comprehensive. On the contrary, it has clearly and openly admitted that ‘there were yet many more things worthy of being said, but you cannot bear them; however, when the Paraclete comes, he shall disclose all things.’ [John, 16:12-13]” (Barahin-e-Ahmadiyya Part V, p. 4)

Thus, Moses(as) confessed the incompleteness of the Torah and drew attention to the teachings of the prophet who was to come. In the same way, Jesus(as) admitted the incompleteness of his teaching and said that the time had not yet come for the perfect teaching to be disclosed, but that when the Paraclete arrived, he would set forth the perfect teaching.

In contrast the Holy Quran does not, like the Torah and the Gospel, leave the matter for another book to complete but announces the perfection of its teaching in the words.