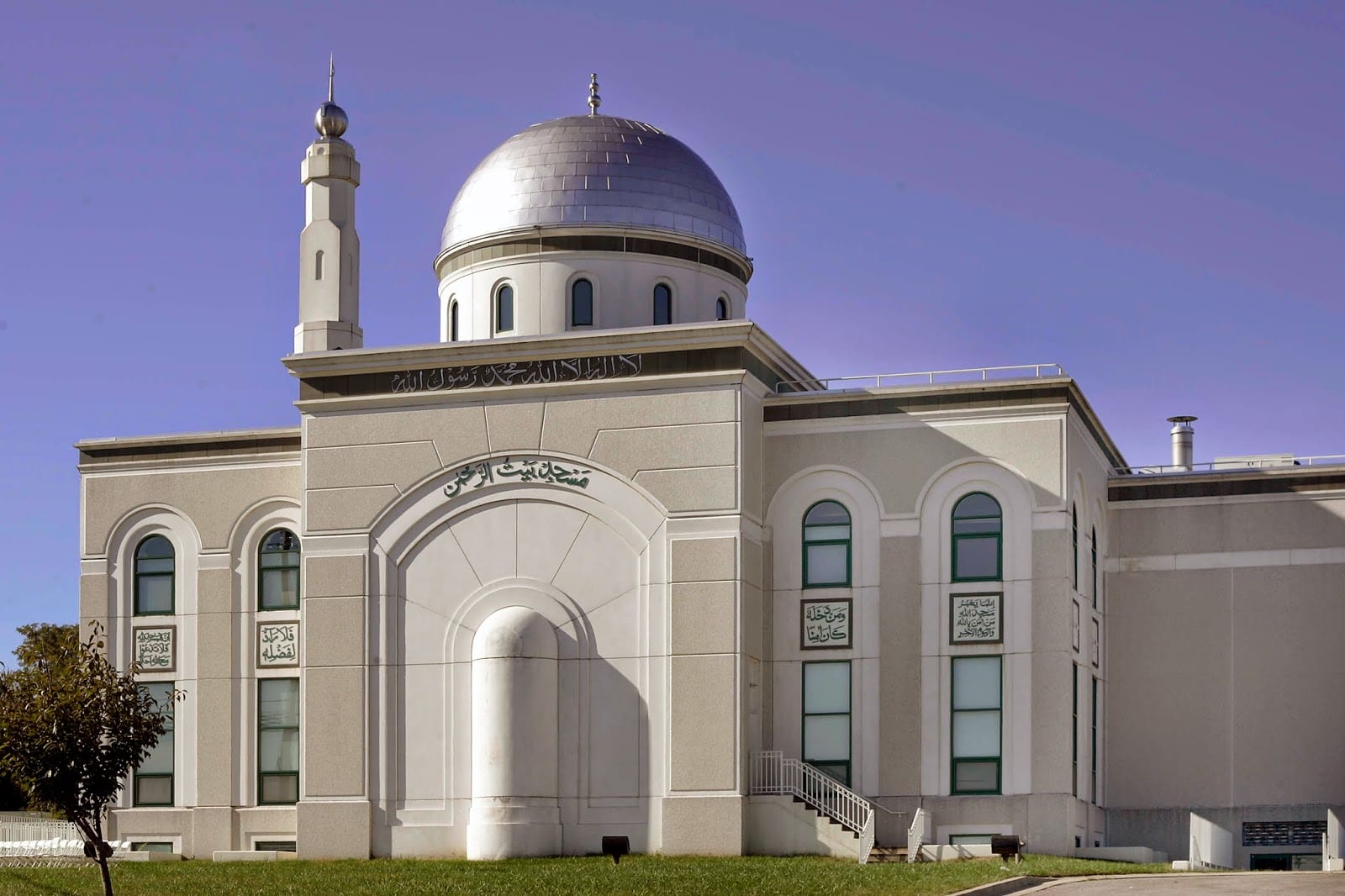 Editor’s note. This has been edited and updated for this magazine

If you review the history of Islam you would note that great emphasis on the building of mosques has been laid from the very beginning of Islam. Broadly speaking, there are three fundamental reasons for this.

Ahmadiyyat is the Renaissance of Islam and it was therefore all the more important that we carry on this process of building of mosques worldwide with even greater speed and devotion for our own benefit and benefit of mankind. The Holy Prophet (peace be upon him) said:

“…The whole Earth has been made a mosque and pure for me….” (Bukhari).

That is why the Promised Messiah (peace be on him) emphasized,

“The foundation stone of the Renaissance of Islam and a superior world order have been laid. Now mosques will be built and people will enter therein, and join the divine movement in droves”. (Noor Ul Haq Vol 2, p. 42).

If you read the Holy Quran:

If you consider this verse of the Holy Quran, we learn that the purpose of man’s creation is to establish the worship of God. Therefore, the places most adorable and lovable to Allah are those that are supportive and helpful in achieving this purpose -namely the mosque or Masjid. Masjid meaning any place where you do ‘sajda’ (prostration) before God Almighty. The forehead touching the ground as practiced in Salat.

Allah says in the Holy Quran:

“Surely, the first house founded for mankind is that at Becca (Mecca), abounding in blessings and guidance for peoples”. (3:97)

Mosques are the retainers and containers of divine grace and blessings. That is why there is a great emphasis on the importance of building mosques in great numbers.

Again if you look at early history of man after the construction of Kaaba, hundreds and thousands of houses of worship were built till the time of the Holy Prophet ( peace be upon him) who was the most true and the greatest worshiper of Allah. It is a pity that his own people did not permit him to build a mosque during his stay in Mecca. As the Holy Prophet ( peace be upon him) migrated to Medina, he stayed for a short time in Quba, a suburb of Medina (three miles north of the city). Here was built the first mosque in Islam by the Prophet and his companions. It is called Masjid-e-Quba or Masjid-e-Taqwa (Mosque of Piety).

In Surah Tauba (chapter 9 of The Holy Quran) we read:

“A mosque that was founded upon piety from the first day, is surely more worthy that thou should stand therein to lead the prayer service.. “ (9:108)

Some scholars believe that this verse is related to the building of this mosque.

When the second mosque at Medina Masjid-e-Nabwee was completed, the Holy Prophet ( peace be upon him) is quoted to have said:

“I am the last Prophet and this Mosque of mine is the last Mosque.” (Muslim)

Muslims all over the world have built thousands of mosques. As long as these mosques are built with Taqwa and solely for the worship of Allah and Muslims turn their faces to Kaaba in their prayers, they are all part of the last mosque built by the Holy Prophet.

We Ahmadis are the followers of the Grand Prophet Muhammad  (peace be upon him ) and his Messiah (peace be on him ) and in these latter days, the building and maintenance of mosques is our prime responsibility as Allah says in the Holy Quran.

“He alone can maintain the Mosques of Allah who believes in Allah, and the last day, and observes prayer and pays the Zakat and fears none but Allah; so these it is who may be rightly guided.” (9:18)

These are people who may reach the goal.

All these Ahadith amplify the importance of mosques in our lives. In helping us reform ourselves and our souls by purifying us, by bringing Muslims together for obligatory congregational salats and fostering brotherhood and unity. To be recipients of the blessings as noted in these Ahadith, it is incumbent that we give top priority to the building and maintenance of mosques.

During the period of Khilafat-i-Rashidah, wherever the sahaba/companions took the message of Islam, they erected mosques and filled the known world with houses of God and the Unity of God was proclaimed everywhere.

“If you want Islam to progress build a mosque. Wherever our Jamaat is established, a mosque should be built. Our Jama’at’s progress is founded on the construction of mosques. If there are only a few Muslims in a village or a city, build a mosque with good intentions and God will bring more Muslims to that place. It is not mandatory that the mosque be embellished or be a brick building. Wall off a piece of land and build a room with a thatched roof…” (Malfoozat Vol 2, p. 42)

On laying the foundation of Mubarak Mosque in Qadian in 1883, the Promised Messiah ( peace be on him ) received the revelation:

“This is a blessed mosque to impart blessings. Every blessed work will be done in it.” (Braheen-i-Ahmadiyya Vol. 4, p. 559)

The Khulafa of The Promised Messiah (peace be on him)

Through the years since then, Jamaat Ahmadiyya has continued the building of mosques under the guidance of the Khulafa. 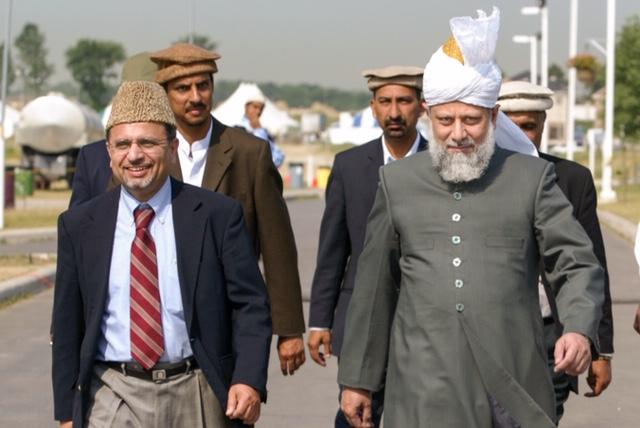 Huzoor said  “May mosques be constructed from one end of the world to the other and may Azan be heard from every mosque. Wherever the sun may rise, it may see that the holy name of God is being raised there. My desire is that there should be a mosque at every place in the world”.

What we see in Jamaat Ahmadiyya today is the zeal to send missionaries worldwide and to build mosques worldwide. This is an offshoot of Tehrik-i-Jadid, a plan launched by Hazrat Khalifatul Massih II in 1934. Huzoor described Tehrik-i-Jadid as a stepping stone to the establishment of the new world order.

“We need manpower to reach the entire world population. We need money to attain this noble goal. We need determination and steadfastness to accomplish this great task. We need desperate prayers to attain this purpose which could attract God’s special favors. A composition of all these things is known as Tehrik-i-Jadid” (Alfazal Vol. 30, No. 280).

…”All demands of Tehrik-i-Jadid have been introduced for the reason that you could become manifestation of Allah’s attributes.” (Alfazl Vol. 15, No. 283)

In 1968, Hazrat Khalifatul Masih III gave a series of sermons elaborating on 23 great reasons for the building of Kaaba. He said:

“In the building of Baitullah as the First House of God, we are instructed to build houses on the same model and purity at every place so as to provide mankind the same benefits as contained in the verse “Mubarakaon wa hodal lilaalameen ” (abounding in blessings and a guidance for all mankind 3:97). In the next 20-25 years people will be entering Islam in great numbers and you will need to prepare now by building mosques to provide for these people consistent with these verses of the Holy Qurán.”

“Among the guidelines I had issued to the Jama’ats, the most significant advice was that they should start building houses of God and build them in great numbers. Since it is God’s work to fill these mosques, He will bring people to these mosques….Our efforts should not be limited to building of central and big mosques. In fact, every community where there are a few Ahmadis we should look into building small mosques….”.

Although all the Khulafa emphasized the importance of building of mosques, the pace of building mosques increased after 2003, consistent with the expansion of the Jamaat.

Almost every Jamaat  is working towards it.

We will continue to build mosques to see the victory of Islam and the unity of mankind.

Today, Jamaat Ahmadiyya has spread over the globe in over 200 countries and territories .

Following the footsteps of Kaaba and the Prophet’s Mosque, Jamaat Ahmadiyya is busy in constructing mosques all over the world consistent with

“Mosques will be constructed on the model of The Prophet’s Mosque and make every land the land of Hedjaz.”

On 3rd  April 2013, the Worldwide Head of the Ahmadiyya Muslim Community  and Fifth Khalifa, Hazrat Mirza Masroor Ahmad, addressed a Special Reception held to celebrate the recent opening of the Baitur Rahman Mosque in Valencia, Spain. During his address, Hazrat Mirza Masroor Ahmad explained the true Islamic teachings of peace, justice and tolerance. He concluded by saying

“This Mosque has been built to serve as a place of brotherliness and unity. Whoever comes here with pious intentions, be it a Muslim or a non-Muslim, will have the doors of the Mosque always open for him or her. This Mosque has been named Masjid Baitur Rahman – that is a House of God, who is Ever Gracious and who shows kindness to His Creation without any conditions. We, who have built this Mosque, will ensure that we continue to serve and help the communities we live in and to serve God’s Creation.”