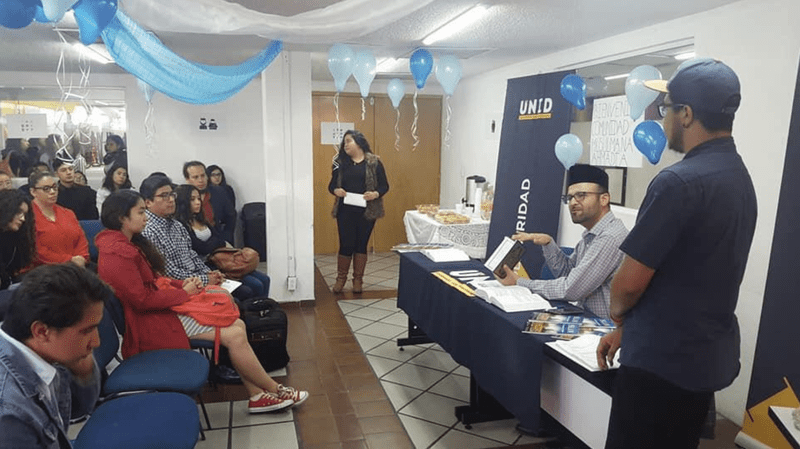 The Mexico City chapter of the Ahmadiyya Muslim Jamaat in Mexico had the opportunity to participate in a presentation organised and held at the Interamerican University (Universidad Interamericana para el desarrollo) on 23 November 2018.

The Holy Quran with Spanish translation was on display along with an introductory book about Islam and Ahmadiyyat, which was distributed to those interested in learning more and those who plan on visiting the Jamaat’s mission house in Mexico City.