On 15 September 2018, the World Head of the Ahmadiyya Muslim Community, the Fifth Khalifa (Caliph), His Holiness, Hazrat Mirza Masroor Ahmad addressed members of Lajna Imaillah (Ladies Auxiliary Organisation) about the importance of holding firm to Islam’s true teachings on the second day of the 25th Annual Convention (Jalsa Salana) of the Ahmadiyya Muslim Community in Belgium.

His Holiness referred to the fact that many Ahmadi Muslims had migrated to various developed countries, such as Belgium, due to the fact that their basic religious practices had been criminalised in Pakistan, where they had been declared as ‘non-Muslims’ by the nation’s lawmakers.

His Holiness said that such people, now living abroad and enjoying religious freedom, should never forget the reason they were granted refuge or the harsh conditions they had left behind.

“Apart from the religious freedom they acquire, Ahmadi Muslims who migrate to developed countries also tend to benefit from improved socio-economic conditions. However, the greater comfort and material prosperity should never lead them towards neglecting the worship of Allah the Almighty. If they pay due attention to the remembrance and worship of God, they will not only attain the material benefits, but will also become the recipients of the endless bounties of Allah the Almighty.”

His Holiness went on to narrate examples of Ahmadi Muslim women who had displayed extraordinary forbearance in upholding their faith in the face of extreme persecution and intimidation. 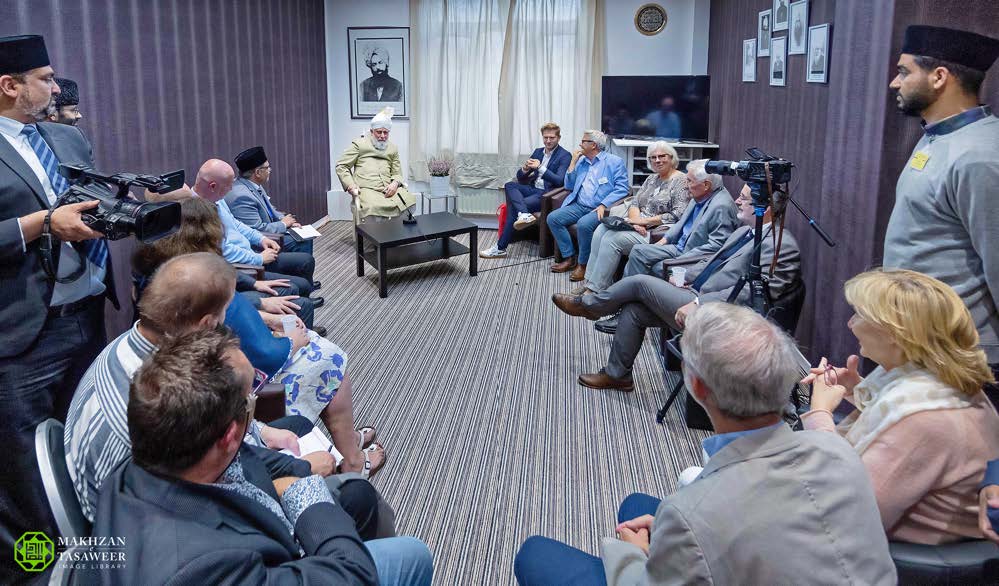 His Holiness mentioned an Ahmadi Muslim lady from Bangladesh who worked as an engineer. When she requested leave from work to attend the Annual Convention of the Ahmadiyya Muslim Community in the UK, her employers rejected the request only because she was an Ahmadi Muslim.

At this, she immediately resigned from her post to travel for the Convention. With the grace of Allah, upon returning to Bangladesh, she was able to find a much better job.

His Holiness further narrated an incident of a lady from India who, after converting to Ahmadiyya Muslim Community, became very passionate in defending her beliefs but was often ridiculed and harassed because of her faith. 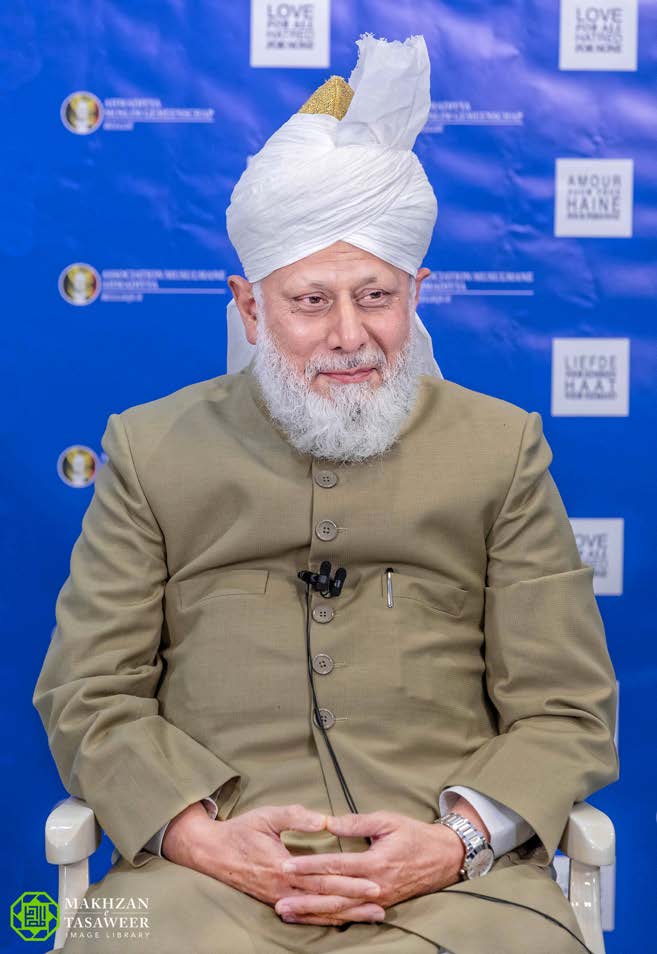 For instance, upon the demise of her husband, religious clerics refused permission for her husband to be buried alongside other Muslims in the local graveyard. Rather than weaken her resolve, she displayed great fortitude and courage and buried her husband in her own home garden.

His Holiness also mentioned an incident of an Ahmadi Muslim lady from Canada who applied to work at various places after completing her studies. Despite being well qualified she struggle to find work as employers had reservations about the fact that she observed Hijab.

“Hers was an example of true faith and she is not alone. In many Western countries, there are local women who join the Ahmadiyya Muslim Community and observe Hijab without any hesitation or complex. Certainly, such women are setting an example for others that there is no need to have any inferiority complex when it comes to your faith. If you are sincere in your pledge of giving precedence to your faith over all worldly matters you will be required to show firm resolve.”

Later in the day, His Holiness met various political leaders, Mayors and other dignitaries serving in various municipalities in Brussels. His Holiness also fielded a range of questions during a 35minute Press Conference.

During his meeting with dignitaries, His Holiness spoke about the need for tolerance in society between all people and all groups. 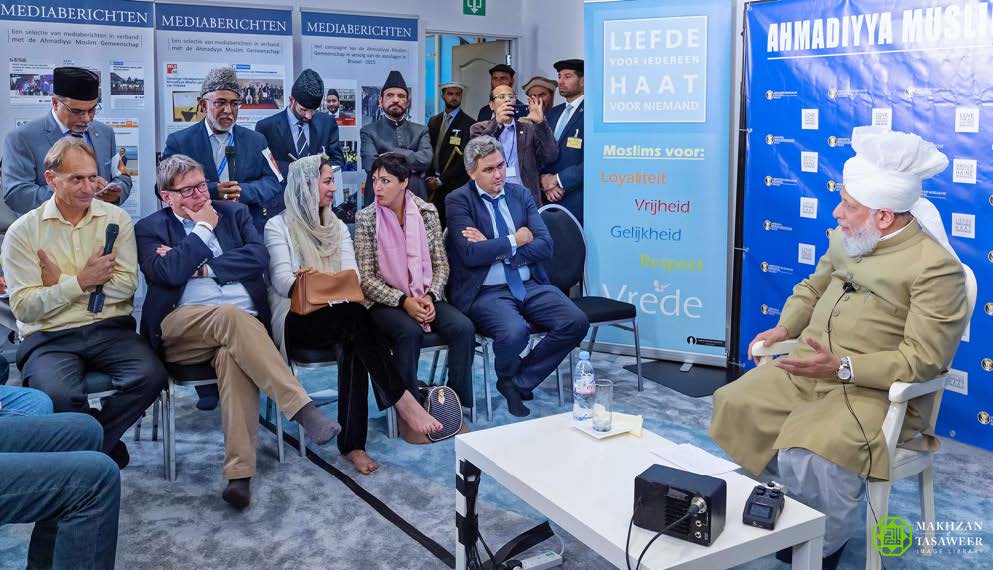 “Religion is and always remain a matter of one’s heart. This is the teaching of the Holy Quran, which categorically states that there should be no compulsion in religion and that each religion should be respected.”

In the subsequent Press Conference, His Holiness was asked about the rise of Islamophobia in non-Muslim countries.

“We Ahmadi Muslims strive to show the true peaceful teachings of Islam through our words and deeds. We hold Peace Symposiums and meet politicians, dignitaries and general members of the public and strive to show them the true face of Islam. This is our way to counter the fear of Islam that is increasing amongst non-Muslims. Amongst the wider Muslim community, it is necessary that the Ulema (Muslim clerics) teach their followers about the real peaceful teachings of the Holy Quran and explain to them that the Prophet of Islam (peace and blessings be upon him) was sent as a mercy for all of mankind.”

His Holiness was also asked about the persecution of Ahmadi Muslims in Pakistan and the response of the Ahmadiyya Muslim Community to such persecution.

“The anti-Ahmadi laws in Pakistan are very cruel laws and they are opposed to the vision of the founder of Pakistan. The Pakistan that Jinnah sought was an open Pakistan in which all people had religious freedom. The first Government he formed proved his desire to uphold the principles of religious freedom. If I say I am a Muslim and recite the Kalima then what right does anyone have to say that I am not?”