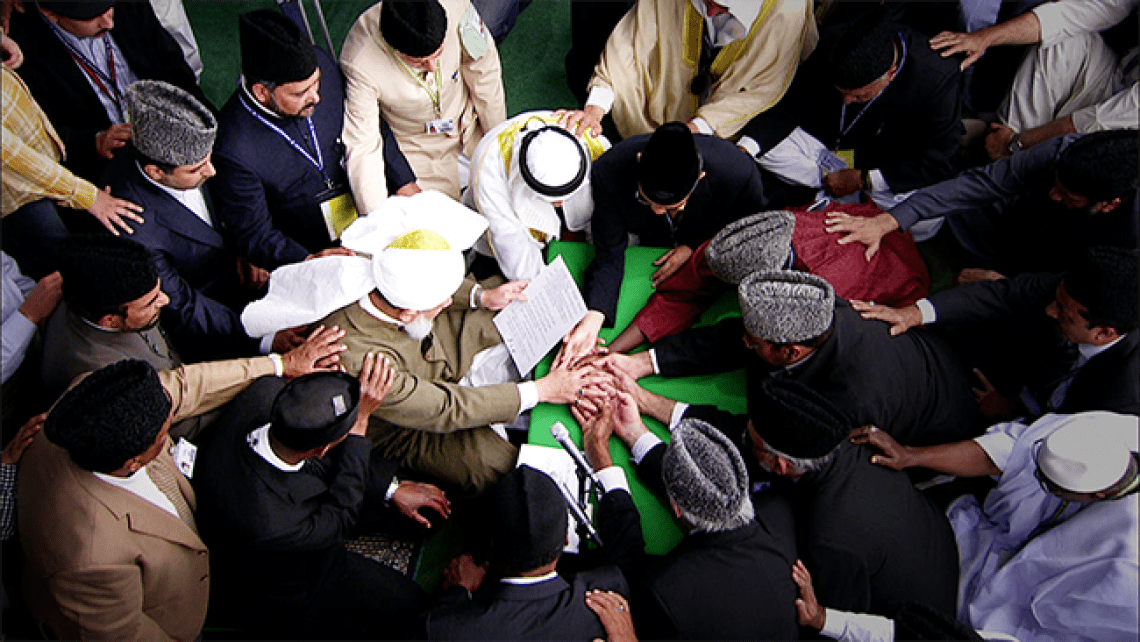 First it was Muslims. Then came Shariah and now it is ISIS and their claim about Caliphate.

What do people mean when they talk about the caliphate? The Arabic word khalifa means successor. The term caliph is simply an anglicized version of khalifa. The terms khilafat and caliphate, though derived from khalifa and caliph respectively, have different connotations. Khilafat refers to the Islamic institution of spiritual successorship, whereas caliphate implies a politico-religious Muslim state governed by a caliph. The institution of khilafat is based on the precept of prophethood; and therefore, like prophethood, it can exist and flourish without a state. Khilafat is a divinely guided institution. At its core it is divine Will with human participation. The Holy Spirit superintends the election process. It is much like the pope in Catholocism.

The Muslim understanding of khilafat and how it draws its legitimacy is essentially based on the Quran, hadith, and the examples set by the first four Khalifas. Prophet Muhammad (peace be upon him ) had observed that his demise would be followed by a period of khilafat, followed by monarchy, autocracy, and, after a hiatus, khilafat based on the precepts of prophethood.

When Prophet Muhammad (peace be upon him ) died (632 C.E.), Abu Bakr ( may Allah be please with him ) was elected Khalifa. Bernard Lewis rightly observes,

“… His electors can have no idea of later functions and development of the office. … The sole condition of his appointment was the maintenance of the heritage of the Prophet.”

After the assassination of the Ali ( may Allah be please with him ) in 661, the last of the rightly-guided Khalifas, the question of the right to successorship resulted in a major split in Islam into Sunni and Shia branches. Spirituality was lost and replaced by a political institution or caliphate. Muawiyah declared himself the leader of the Muslim people and of the empire and thereby laid down the foundations of a long line of caliphs or dynastic monarchy – quite in accordance with the prognostications made by the Prophet.

This reign of caliphs as kings and monarchs continued over the centuries till the last caliph of Cairo was captured in 1517 by the Ottoman sultan Selim I. The Ottoman sultans then claimed the title of caliph and brandished it for four centuries until it was abolished in 1924 by the Mustafa Kamal Ataturk, the founder of Turkish Republic.

What Muslims envision is a political institution of caliphate somewhat like the European Union for Muslims. The extremists want a political-religious hegemony and use it as a cover for their carnage and conquest and to advance their misguided ways. True spiritual leadership of Khilafat is a divinely appointed office. Any man made effort to restore it will not succeed. It will die its own death.

What often escapes notice is that the separation of Church-Mosque and State has fully crystallized, only gradually in human history . There was no separation of Temple and State in the Roman Empire and everyone was made to worship the State Gods and that led to persecution of the early Christians, who refused to be polytheist. In recent times the Popes have limited themselves to moral and spiritual dimension of the humanity, leaving secular leadership to the elected political leaders, but this was not always the case. Pope Urban II and Pope Innocent III were certainly military leaders in as much as they initiated and stoked the First Crusade.

The Ahmadiyya Muslim Community is a community of Muslims who believe in the Messiah Mirza Ghulam Ahmad of Qadian, India.. Founded in 1889 it is a dynamic, international, reformist movement within Islam. It spans over 206 countries with membership exceeding tens of millions. After the demise of Mirza Ghulam Ahmad in 1908, a large number of members of the Ahmadiyya community gathered and with prayers unanimously elected his first Khalifa. Since then four khalifas have been elected. These Khalifas have been men of piety and probity, dedicated to Islam, and engaged in serving the faith and transforming the faithful.

After a hiatus of 13 hundred years, the Ahmadiyya Khilafat in Islam re-emerged in accordance with the prophecies of Prophet Muhammad and his Messiah Mirza Ghulam Ahmad. This is one of the most significant events in the history of Islam whose full impact is yet to be seen.

The Ahmadiyya Khilafat, an embodiment of the Ahmadiyya Muslim Community, categorically rejects militancy in every form and wages an intellectual jihad of the pen. When faced with bitter persecution, it practices patience and perseverance. When subjected to intolerance, it preaches peace and tolerance. It champions the cause of the dispossessed and works towards uplifting the downtrodden through its international humanitarian efforts.

The Ahmadiyya Khilafat has conquered no land and possesses no earthly dominion, but it wields its influence over the hearts and minds of millions by winning over one man and one woman at a time. It is a force for good in the world, and exemplifies, once again, an institution grounded in the precepts of prophethood.