A senior Muslim leader has called on Bangladesh to show sympathy and take in ISISjihadi bride Shamima Begum.

Caliph Mirza Masroor Ahmad, who represents tens of millions of Ahmadi Muslims worldwide, said that as she has been stripped of her citizenship ‘any Muslim country’ should take her in.

Speaking at the Baitul Futuh Mosque, in Morden, south west London, he added that he did not blame the British government for the death of her 18-day-old baby Jerah.

He said: ‘She claims herself to be Muslim so then a Muslim country should show sympathy to her. 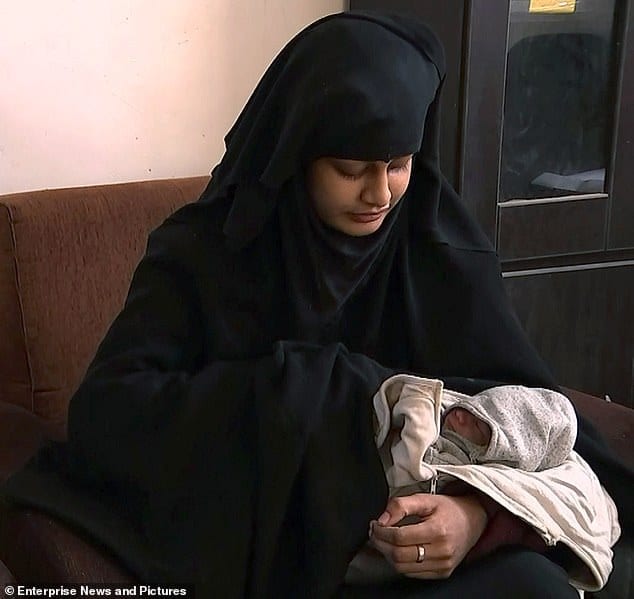 Caliph Mirza Masroor Ahmad, who represents tens of millions of Ahmadi Muslims worldwide, said that as Ms Begum, pictured with her son Jerah, has been stripped of her citizenship ‘any Muslim country’ should take her in

‘If the British Government has stripped her of her nationality then another country should adopt her, any Muslim country.’

He added: ‘Since her parents were from Bangladesh the first duty is of Bangladesh to take her as a national.’

Caliph Mirza Masroor Ahmad also acknowledged that taking Ms Begum to the Netherlands with her Dutch husband, Yago Riedijk, was also a possibility.

Stripping citizenship is only legal if the individual has a second one, and it was thought she may have a claim in Bangladesh because of her family background, but Bangladeshi officials denied this.

He made the comments at the faith’s annual peace symposium, which is now in its 16th year.

He said the move risked creating a ‘more dangerous world where stateless individuals roam with no allegiance and the death of unprotected innocents, in this case a vulnerable British baby’.

‘No dignified self-governing state should abandon responsibility for its own citizens in this way, trying to dump them on to poorer countries with failed security arrangements,’ he told the Observer.

The news comes as Ms Begum’s father made an emotional plea for the British government to allow her to return home.

Ms Begum travelled to Syria from her home in Bethnal Green, east London,  when she was aged 15 in February 2015.

Ahmed Ali, 60, said his daughter, now 19, ‘did wrong’ by joining the group but did so ‘without realising it’ because she was ‘under age’.

Mr Ali called for the government to ‘take her back and punish her if she had done any mistake’.

He made the comments before discovering his grandson had died. 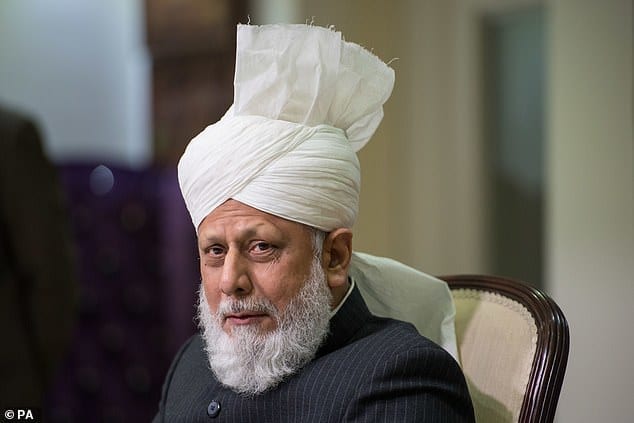 He added: ‘Since her parents were from Bangladesh the first duty is of Bangladesh to take her as a national’